Tweeting from the Past: History Course Uses Social Media to Bring Research to Life

Students in the HIST 100: Making Global History course are finding out. As a class assignment, they are building social media presences for historical figures. Some are existing figures, like Dr. King, Susan B. Anthony and Alexander Hamilton. Others are characters the students have invented based on historical context, like an American soldier serving in Korea. 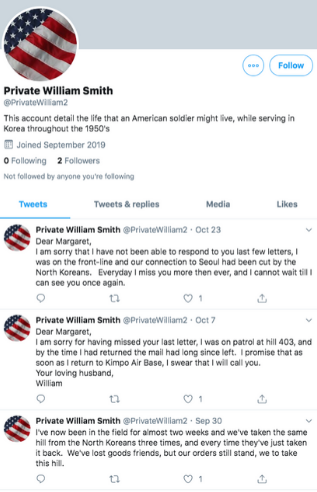 The idea for this project first came to Associate Professor of History Autumn Quezada-Grant when she saw a Ted Talk by Thomas Ketchell. Ketchell is a historian and climate activist, who uses technology as an educational tool. Ketchell was living and working in Beijing, China. He was trying to tell his family and friends back home about the smog problem there but they didn’t quite believe how bad it was. He did some research and learned about the Great London Smog of 1952. He created a Twitter account, from the perspective of a person living in that historical context, and developed a large following, thus spreading the word about the history of air pollution, on a platform that resonated with modern society.

A lightbulb went off for Quezada-Grant. Her students could use social media to explore issues facing society, by delving into their historical contexts. 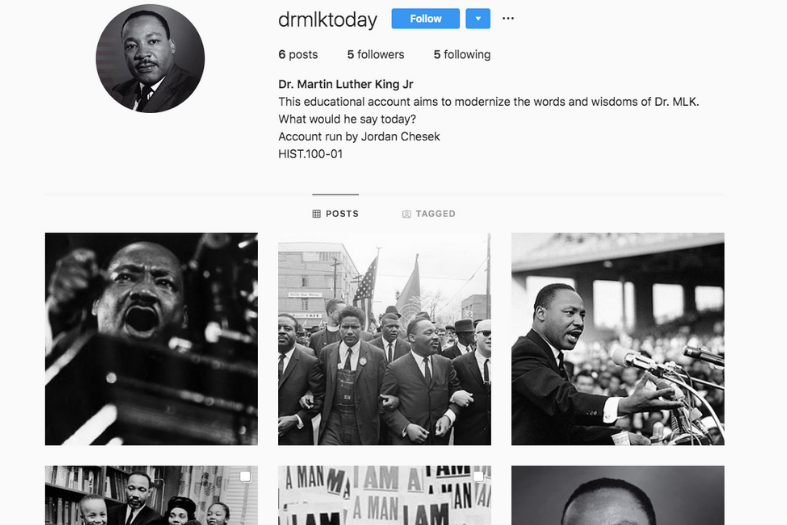 “I had the students think about some of the main problems that the world faces today,” she said. “It was everything from climate, to migration, to immigration, transportation. I told them I wanted them to think throughout the semester about how people have faced these issues in the past and throughout history.”

“I think her boldness is very inspiring given the time period she lived in and what she was fighting for,” Turcotte said. “I thought it would be cool to try to recreate her voice and passion through a social media platform. It is important to share her story to inspire women and young girls to speak out about what they believe in.” 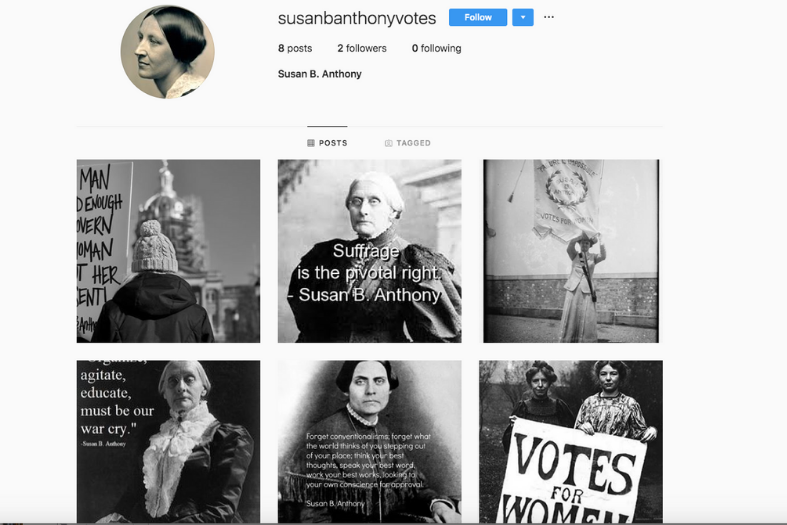 Turcotte posts black and white images of the suffrage movement with protesters holding signs, saying “Votes for Women” and “No Man is Good Enough to Govern any Woman Without Her Consent.” Alongside these images are captions, some calling other women to action, with lines like, “We must come together and ORGANIZE our movement to make it more powerful.” Turcotte takes advantage of the digital platform, using hashtags like #suffragesaturday.

“Having to step into the role of a historic figure, in my case Susan B. Anthony, has allowed me to better understand her life, thoughts and ideas,” Turcotte said.

The account, like those that other students have created, shows how history repeats itself. Through modern technology, students, and viewers of the accounts can see the similarities between issues of the past and issues of today. 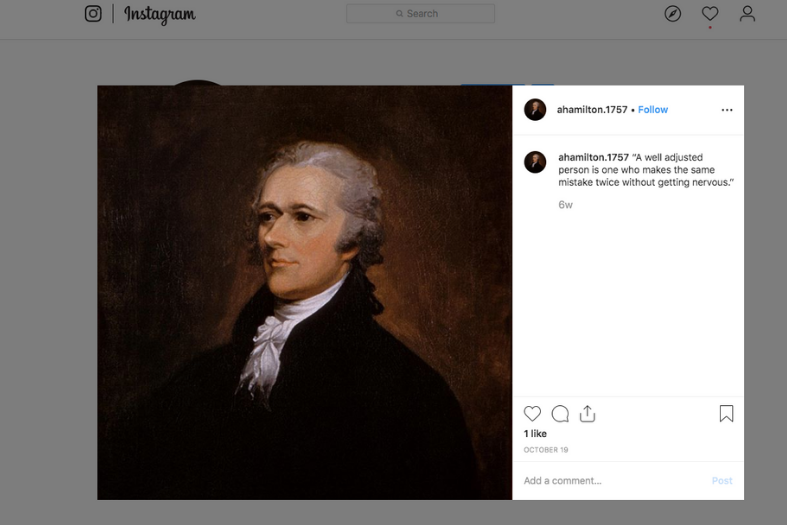 “We’re in a tech world. Oftentimes people think of history as something that’s static, something that is only relegated to the past, but it's not,” said Quezada-Grant. “As our history students begin to graduate, they need to know how to use the vehicle of technology in order to engage with and share the knowledge they have learned.”