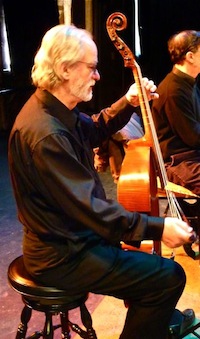 Will Ayton was born in 1948 in Kansu province, China, of missionary parents. He received a BME from Shenandoah Conservatory of Music, a MME from New England Conservatory of Music, and a DMA in Music Theory  and Composition from Boston University.  He has taught in public and private schools, and has been a professor of music at Roger Williams University since the late 1970’s.  At Roger Williams, Will is the Music Departmnt’s primary instructor for music theory and composition. He has also taught private lessons, courses in music history, and specializes in courses dealing with non-western culture and music.  Will’s performing  instrument is the viola da gamba and he currently performs with with  “The Greybeards” (a Baroque trio).  He is also a composer and has published music for a variety of musical media. 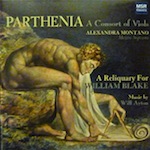 Will has been commissioned to compose for the Los Alamos Symphony Orchestra, Sine Nomine choral group, the University of North Carolina at Chapel Hill, and this University of Washington. Parthenia CDHis published works include compositions for viola da gamba, such as “A Reliquary for William Blake,” and “Fragments from Fitzwilliam,” for plucked strings, including “Tapestries for Guitar Quartet,” “Three Movements for Mandolin and Guitar,” and music for recorder ensembles. Will’s compositions have been performed internationally, and recorded by a variety of artists including Duetto Giocondo (Germany), the Santa Fe Guitar Quartet (Argentina), the New York Consort of Viols, and Parthenia (NYC) among others. Will has also written textbooks used in his theory courses, including “Composing for Everyone,”  “Fundamental Structures in Music,” “Fundamental Principles in Tonal Music Vol. I,” “Fundamental Principles in Tonal Music Vol. II,” Fundamental Principles in Tonal Music Vol. III,”