In addition to her Construction Management major, Heather minored in Architecture and Historic Development and holds a master's degree in Urban Planning from Harvard Graduate School of Design

As Vice President at Berkshire Residential Development, Heather is focused on oversight of new construction joint vernture partnerships and all aspects of multifamily housing development. This includes land sourcing, permitting and underwriting. She oversees the management of the design development process with architects, engineers, construction managers and owner representatives.

Heather and her husband enjoy renovating and restoring their home which was built in 1911. You can reach Heather at heather.boujoulian@bpadv.com. 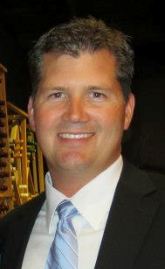 Chip has twenty years of professional business development, marketing and corporate communications experience and is the President & CEO of Sterngold Dental located in Attleboro, Ma.  Prior to this he was the Vice President and General Manager for the company.  He previously held the position of Director of Marketing & E-Business and managed all of the marketing activities for the Precious Metals Division of Cookson Group.  Chip was also the Director of Marketing & E-Commerce for Sterngold, a subsidiary of Cookson Precious Metals.  During his time at Sterngold he successfully launched a fully-integrated e-business platform for the company.
Earlier in his career, Chip was a Marketing Analyst for NEPTCO, Inc., a manufacturer of wire and cable products.  He was also the Corporate Communications and Public Relations Manager for Cookson America, Inc. located in Providence, Rhode Island.
Chip holds a Master’s degree in Business Administration (MBA) from the University of Rhode Island and a Bachelor’s degree in Corporate Communications and Marketing from Roger Williams University (Bristol, RI).
Chip and his wife, Kristen, met while they were attending Roger Williams.  They have two daughters and a son and reside in Tiverton, Rhode Island.  In his spare time, Chip enjoys boating, fishing, and spending time with his family. You can reach Gordon at gordonscraig@cox.net 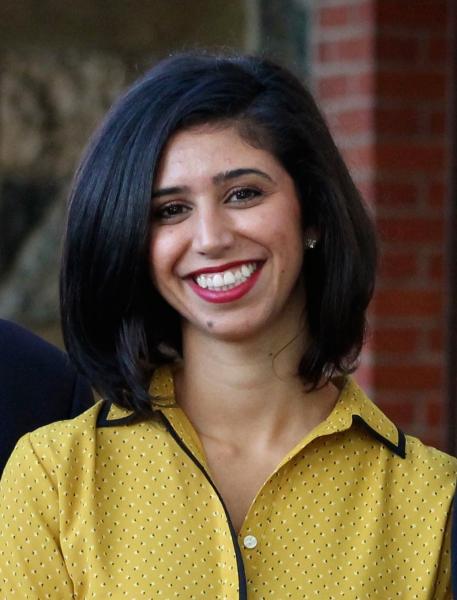 Nibal is the Assistant Director of Alumni Engagement & Giving at St. John’s Preparatory School in Danvers, Massachusetts. She oversees alumni participation in The Fund for St. John’s, as well as reunion class giving; she also developed and supports the senior class gift program, and fosters opportunities among students and alumni.

Passionate about the powerful role alumni play in the success of students at St. John’s, Nibal developed the student ambassador program, Spire Society, providing opportunities for over 140 students to hold leadership roles in advancement. She also serves on the Diversity Advisory Council focusing on diversity and inclusive curriculum, professional development, programming and community engagement. Nibal joined the Alumni Executive Board in 2016 and is currently serving as Co-Chair of the Alumni Affinity and Engagement Committee.

Nibal is a 2012 Criminal Justice graduate of Roger Williams University and a President’s Core Values Medallion honoree. She recently received her Masters in Organizational Management, M.Ed. from Endicott College. Nibal currently lives in Salem, Massachusetts and often gets together with her RWU classmates! You can reach Nibal at nawad895@gmail.com 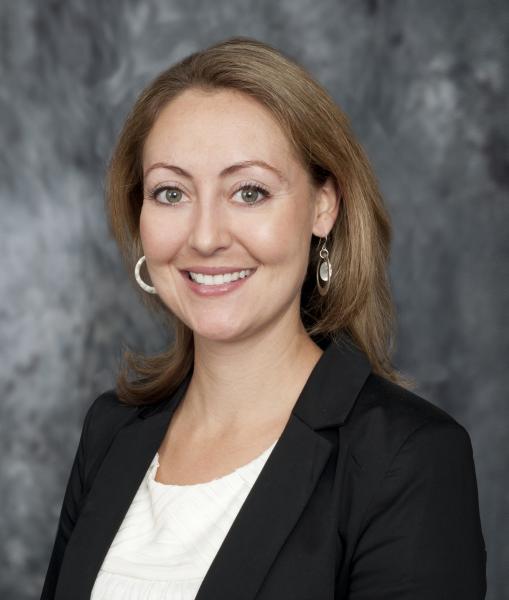 Lindsey is an Assistant Professor and Instructional Technology Librarian at RWU, where she teaches information literacy and works to integrate new library technologies in the classroom.  She loves working at her alma mater and being able to work closely with both students and faculty to advance teaching and learning in the 21st century.

Lindsey has been working in higher education since 2013 and before that she worked in archival roles at the John F. Kennedy Presidential Library and the American Institute of Physics.  She serves on the Friends of the Rogers Free Library Board in town and is involved in many professional and community organizations in Rhode Island and beyond.  Lindsey joined the Alumni Board in 2015 and is the current Secretary.

Lindsey is a 2009 graduate of RWU with a Bachelor’s in History and a Masters in Library Information Science with a concentration in Archival Management from Simmons College in Boston, Massachusetts.  She enjoys spending time with her husband and son, traveling, photography and traditional bookbinding. You can reach Lindsey at lgumb@rwu.edu 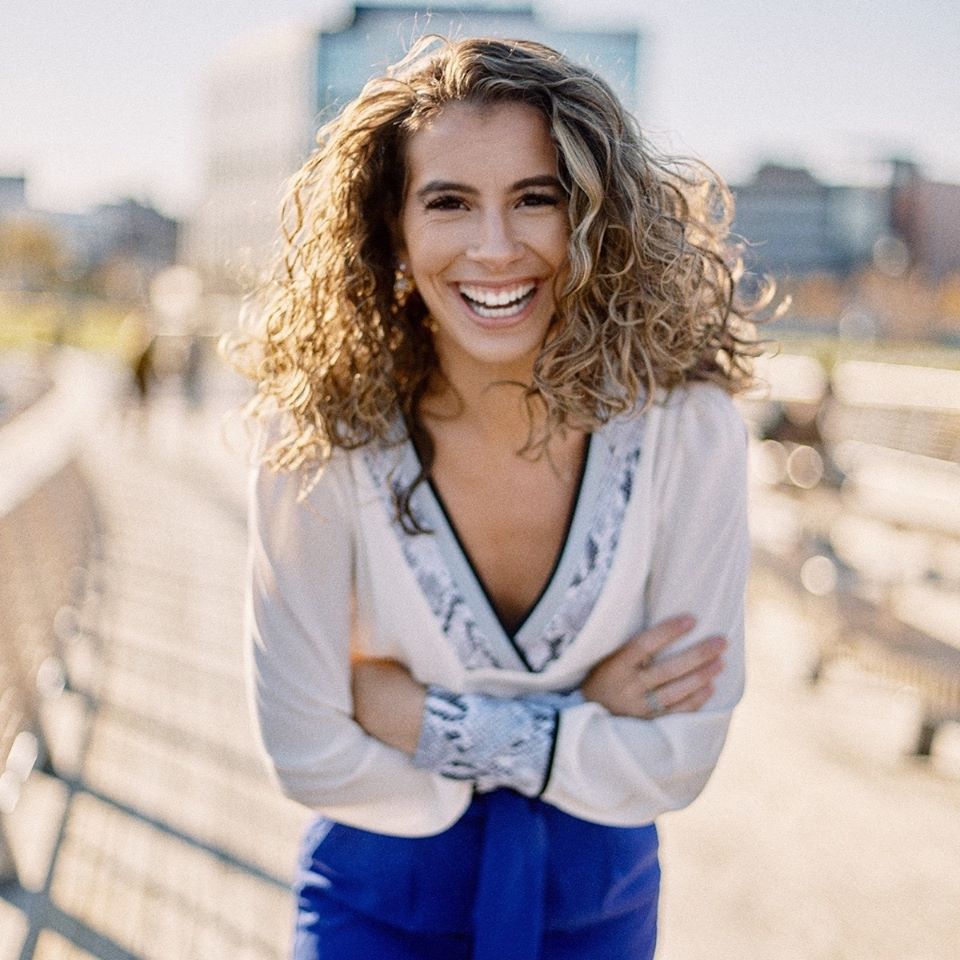 Theresa M. Agonia is the youngest child of Fernanda and the late Manuel Agonia, both from Viana do Castelo in Minho, Portugal. Growing up, her parents kept her very engaged in her Portuguese culture. She danced traditional folkloric music with Rancho Dancas e Cantares in Cumberland, for 15 years, where she served as dance instructor, secretary, and President of the 40+ member group.

Theresa was focused on public relations since beginning at RWU and was actively involved with the RWU Public Relations Student Society of America (PRSSA) group on campus from her sophomore-senior year. During her time at RWU, she was fortunate enough to acquire several internships, including with the Public Affairs Dept. at RWU, Regan Communications, and Miamore Communications. She received the 2012 PRSSA Future Leader award and the 2013 Exemplary Showmanship in the Field of PR award at the chapter’s annual Galas. She served as an assistant account executive for the 2012-2013 National Bateman competition team at RWU. In addition to PRSSA, Theresa was an office assistant to Dr. Amiee Shelton during her junior and senior years. During her first three years at RWU she was a mentor and tutor for high school students with the Bridge to Success program through the Intercultural Center.

In 2013, she became the first member of her family to graduate college, earning a BA in Media Communications from Roger Williams University. She has prioritized remaining active in her hometown, Central Falls, having worked in the Mayor’s Office and currently serving on the board for the Central Falls Alumni Association. In August 2015, Theresa was crowned Miss Rhode Island USA 2016 and went on to compete in the nationally televised Miss USA competition in June 2016. Theresa won the 2015 Young Portuguese-American Promessa Award from the Portuguese American Leadership Council of the United States (PALCUS) and the RWU 2016 Young Alumni Achievement Award.

Rick is a Senior Vice President of BDO Capital Advisors in Boston, MA.

A perennial supporter of the Ray Cordeiro Alumni Golf Tournament, Rick led the effort to recognize retired Baseball Coach, Ray Cordeiro, during the 2014 Alumni Weekend for his more than thirty years of service to the University.

Rick received a BS in Marketing from RWU in 1985 and an MBA from Sacred Heart. Rick's daughter, Maggie is also an alumni of RWU. You can reach Rick at rdaubenspeck@bdo.com

You can reach Codie at codieae@gmail.com

Jim is a Client Associate at Cambridge Computer in Waltham, MA. He provides project and new business acquisition support for one of the top account executives. He is currently transitioning into the account executive role developing business in the northeast. Jim joined the Alumni Executive Board in 2016 and is currently serving on the Young Alumni Committee.

Jim is a 2016 business management graduate of Roger Williams University’s Mario J. Gabelli School of Business. During his time on campus, Jim served as President of the Class of 2016 and as President of Delta Sigma Pi, professional business fraternity. As a student, Jim understood the importance of connecting our current students with alumni. He developed and implemented GoingPro, a professional development conference with industry speakers, many of whom were RWU alumni. Jim currently lives in Natick, Massachusetts. You can reach Jim at jkelley111@g.rwu.edu 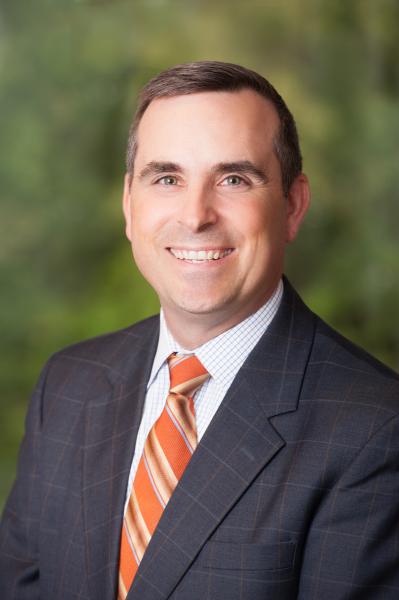 Peter Klay is a graduate of the Class of 1992, who has spent the past 14 years working at Wellesley Financial Group prior to merging with The Bulfinch Group in January 2016. As one of the Managing Directors for the Needham location of Bulfinch, Peter mentors new associates through the firm's comprehensive development training program. His comprehensive approach to planning, addresses multiple needs of individuals, families, small business owners and medical professionals. This includes asset accumulation and protection, risk management, investments, retirement and estate planning. Peter also specializes in working with physicians and physician assistants, dentists and pharmacists; beginning our relationship as early as their final year of medical school, through residency, fellowship and into their practice.

Peter and his wife Marcy (a 1993 graduate), have two boys Jacob and Andrew. They currently reside in Ashland, MA. You can reach Peter at peteraklay@gmail.com 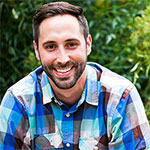 Brian serves as an Education Designer at the Education Design Lab where he explores alternate pathways between education and work. Formerly serving as the Campus Director of The Iron Yard in Washington, DC and as an Associate Director Higher Education Consultant for EAB where he supporting Presidents and Provosts in the strategy and implementation of performance technologies for academic advising focused on improving retention and graduation rates using historical graduation trends and predictive analytics, Brian is invested in creating flexible and affordable pathways for all learners to succeed.

He has worked in a variety of functional areas in higher education including student activities, leadership development, orientation, and residence life. Brian consistently serves in leadership positions within higher education associations including his recent terms within the NASPA Student Leadership Programs Knowledge Community, the ACPA Directorate on the Commission for Student Involvement, and a 2-year term as a Board Member for the National Association for Campus Activities. A lead facilitator for the Kiwanis Key Leader program, Brian engages local high school students in leadership development through interactive weekend experiences throughout the United States. Brian joined the Alumni Board in 2016, and is a liaison for Alumni activities in the DC Metro Area.

Brian is a 2010 graduate of RWU with a Bachelor’s in Psychology and a Masters in Educational Administration from Texas A&M University. When he’s not traveling for work or on his own, you can find him at a happy hour with friends, improv shows, arts events, writing, hiking, playing music, or kayaking on the Potomac.You can reach Brian at brianfleduc@gmail.com 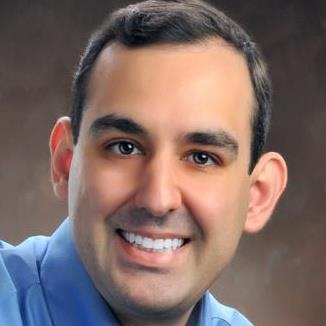 Kevin is a Financial Services Industry professional with 10 years experience in business development, market research, problem resolution, and relationship management. Kevin has a consistent record of developing and maintaining positive working relationships both internally and externally. Adaptable, articulate, creative and a strategic thinker, Kevin has a documented record of high performance and goal achievement. You can reach Kevin at kevinmoitoso@yahoo.com

Kelly Scafariello is a proud 2000 Roger Williams University graduate. She earned a Bachelor of Arts majoring in Communications with a double minor in Marketing and Sociology/Anthropology. She was a varsity volleyball student-athlete where she was captain in her junior and senior years. Kelly helped lead the 1998 Hawks team to its first Commonwealth Coast Conference in program history. Kelly also held positions as Editor-in-Chief of the student newspaper, The Hawks Eye, Chair of Campus Entertainment Network and radio DJ for WQRI with a weekly radio show of “Kelly in the Morning.”

Since graduating from RWU, Kelly remained in higher education, earning her MBA at Regis University and working as an athletic administrator at various institutions.

Currently, Kelly works across the bridge at Salve Regina University as Associate Director of Athletics. She was interim Director of Athletics in Fall of 2015. In the summer of 2013, Kelly was appointed by the Vice President of Student Affairs to represent the institution as the Deputy Title IX Coordinator for Students. She completed that role in Summer of 2015.