Drawing from their own extensive publishing and editing experience, creative writing faculty prepare students for success in publishing

BRISTOL, R.I. – Creative writing majors at Roger Williams don’t just become better writers, they learn the ins and outs of the publishing world from faculty who’ve excelled in it.

That’s because RWU’s creative writing faculty have had years of success publishing acclaimed novels, numerous short stories and poems, and have served as editors for books and national literary magazines.

Drawing from their own experiences, they teach students both sides of the publishing world, which helps students submit strong creative work and pursue careers in the publishing field.

“The students, I think, need to see that we’re putting in the effort the same way that they are,” said Edward J. Delaney, professor of creative writing. “If we’re not out there trying to do the work, we can’t provide the best experience for students.”

That line of thinking permeates throughout the program’s faculty. 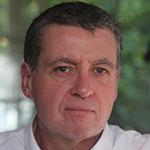 Delaney spent a decade working as a journalist and has published a number of short stories and four books, including award-winning novels “Warp & Weft” and “Broken Irish,” and the nonfiction book “Born to Play,” co-authored with Dustin Pedroia of the Boston Red Sox. His fifth book, a novel, is due out in June. 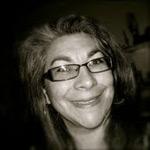 Renee Soto, associate professor of creative writing, has over 15 years in the field of literary publishing, including serving as the poetry editor at a number of national literary magazines. Currently, Soto is a contributing editor at Cave Wall, a national poems magazine published twice a year. Soto’s poems and reviews have appeared in numerous magazines and journals.

And Adam Braver, associate professor of creative writing, holds the title of RWU writer-in-residence. He is author of five novels and co-editor of a nonfiction book “We are Syrians” with RWU alumna Abby DeVeuve ’16. Braver’s sixth novel, “The Disappeared,” just published and has been well received.

Each professor uses their experience to help students find success in publishing.

Braver, for instance, says he teaches students “what it means to live the writing life” and helps them see “how editors work.”

Delaney, in the literary publishing course, helps students gain career skills in publishing by helping students produce RWU’s literary magazine Mount Hope. In the course, students “begin to get practical editing skills and think about publishing as a career,” he said.

Soto uses her long history of editorial work to help students understand the publishing field as a whole by laying out what the entire process is like for writers submitting work and publishers receiving their submissions.

The creative writing faculty's efforts have paid off with continued results.

Students from Department of English and Creative Writing have had a history of publishing creative work and have had success in the publishing career field and beyond.

Hannah Little ’20 published a poem in a literary magazine recently and is currently editing a series of letters the daughter of an imprisoned scholar wrote to her father while he was in prison. The work is set to be published as a book.

Chelsea Querner ’09 published two poems in national magazines while an RWU undergraduate. She then went on to serve as poetry editor for the Greensboro Review while earning her master’s at the University of North Carolina. In her current role for a nonprofit that supports writers, she is responsible for taking all written content from idea to finished product. She says her understanding of the writing and publishing process helped prepare her for success.

“What we hope is that students are getting some sort of model for success,” Braver said.