On Monday, Oct. 7, Alok Vaid-Menon led a workshop and performed on campus in an event organized by The Sexuality and Gender Alliance (SAGA), the Multicultural Student Union (MSU), the Queer and Trans Resource and Advocacy Center (QTRAC), and Student Programs, Leadership and Orientation (SPLO)

Alok Vaid-Menon (they/them), who goes by ALOK, is an internationally renowned, gender non-conforming writer and performance artist who explores issues of gender identity, race and culture. ALOK has been featured on HBO, MTV , The Guardian, BBC, CNN and the New York Times. They have presented their work at 500 venues in more than 40 countries and have developed an Instagram following of over 200,000.

The Sexuality and Gender Alliance (SAGA), the Multicultural Student Union (MSU), the Queer and Trans Resource and Advocacy Center (QTRAC), and Student Programs, Leadership, and Orientation (SPLO) collaborated to bring Alok to campus on Monday, Oct. 7, as part of a series of programming for SAGA's Coming Out Week.

"I had the greatest opportunity to have lunch with ALOK, along with other members of the MSU and SAGA executive boards," said Carmen Mei '21, President of MSU. "ALOK was so insightful about how they choose to live their life as unapologetically themself. Personally, it was something I needed to hear about self-acceptance. ALOK also began an important conversation on campus about the intersectionality of identities, being both a person of color and a member of the LGBTQ community."

After lunch, ALOK sat down with a small group of RWU students in a room in the campus Recreation Center, to lead a workshop on student activism. 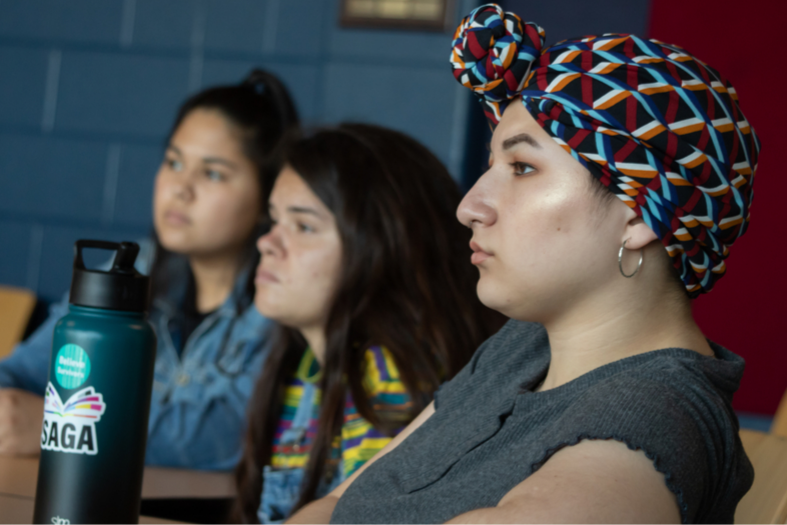 “ALOK's work surrounding gender identity, race, vulnerability and living your authenticity is directly in line with the QTRAC and SAGA's mission and is paramount to any person hoping to become an advocate or an activist,” said Gabby Porcaro, assistant director of the QTRAC. “ALOK's visit to campus is truly a symbol of how our world and our campus are changing.”

ALOK spoke with students about the history of academia in the United States and the ways that students can join social movements and engage in anti-oppression work.

Later that evening, students joined ALOK for their Femme in Public performance, which involved poetry, stand-up comedy and drag performance and addressed such questions as “What feminine part of yourself did you have to destroy in order to survive in the world?” and “At what point does femininity become synonymous with apology?” 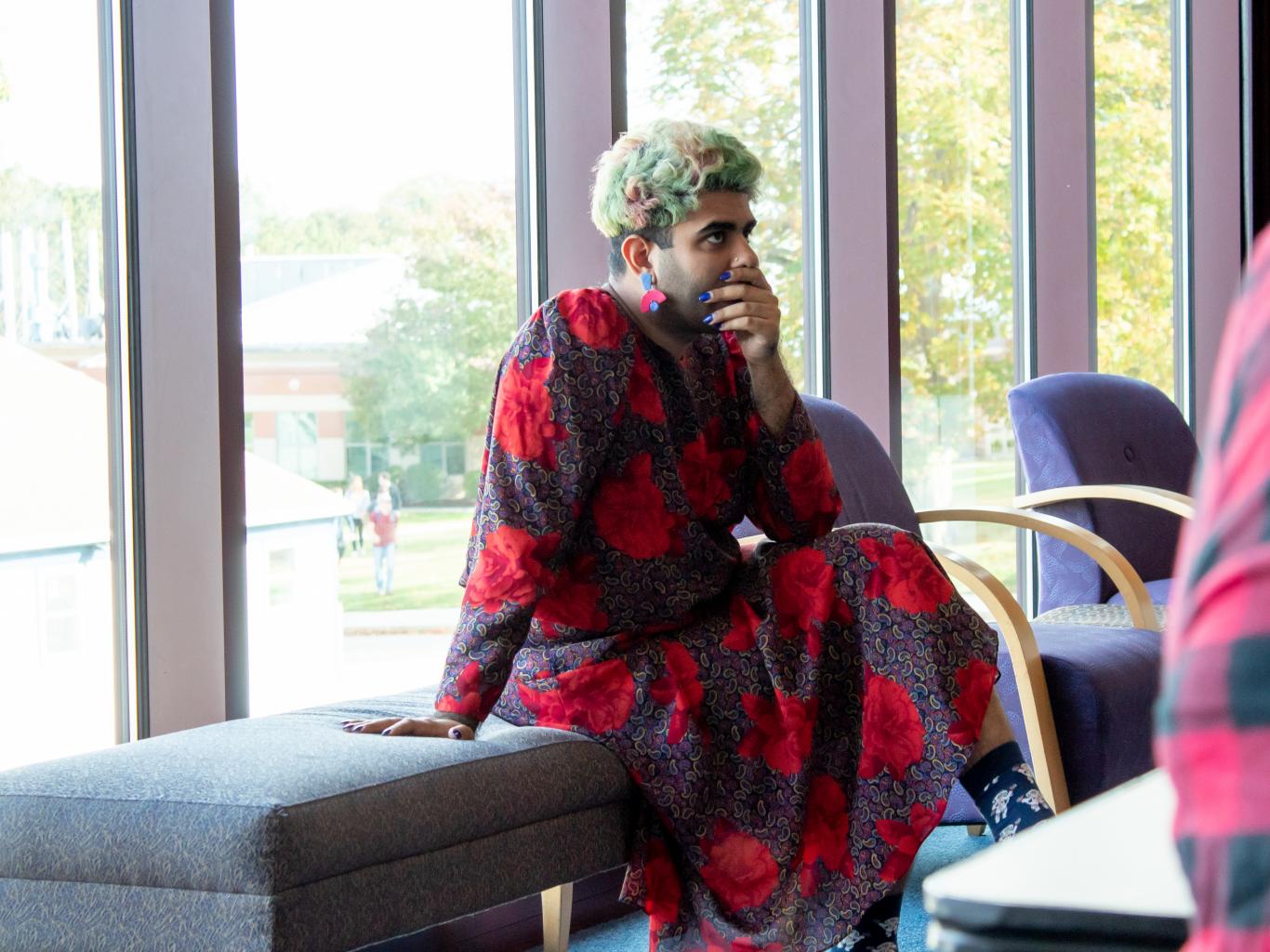 Student members of SAGA and MSU believe guest speakers like ALOK can bring new perspective and important learning to RWU.

“I hope ALOK opens people's eyes about race, culture, and gender,” said Becca MacLellan ‘22, public relations chair of SAGA. “Their presence on campus shows people that there is more than the gender binary, and in the same light, that non-binary people do not all look the same. ALOK'S visit is bringing the community together and influencing RWU culture in a new way."