From their outstanding academic and co-curricular achievements during their time at RWU to their post-Roger plans, RWU is very proud to celebrate our 2022 graduates. In these stories, hear how an RWU education has shaped their futures.

From Research in the Bay to Studying Endangered Turtles 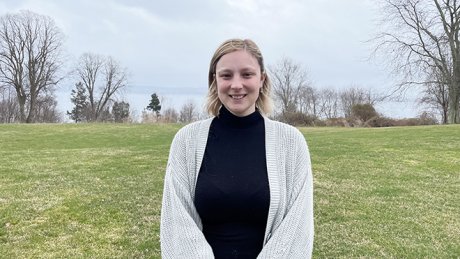 Marine Biology major and Aquarium Science minor Morgan Tunnell ’22 will apply her research experience at RWU in her new role as a part-time technician for the Department of Herpetology at the University of Illinois. Tunnell will be researching Blanding's turtles, which are a semi-aquatic species that’s mostly extinct except for the Great Lakes region, and will conduct population studies. 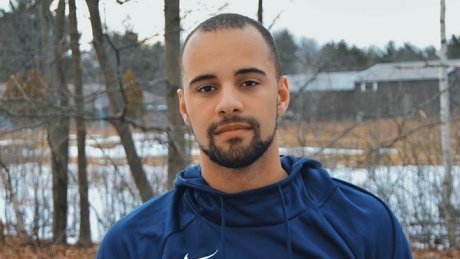 Dalton Sousa ’22, a Political Science major and Philosophy minor who transferred to RWU his junior year, is headed to Cornell Law School in Ithaca, N.Y., this fall. As a way to give back to his community, Sousa hopes to become a public defender after law school, he said. 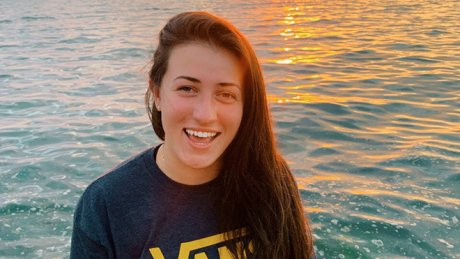 After graduation, Kayla Natalo ’22, a Criminal Justice major who minored in Political Science and Anthropology+Sociology, will continue her studies at RWU in the Criminal Justice 4+1 master’s program. Natalo said a master’s degree would give her a step up in her future career, which she hopes will be working on the administrative side of corrections, perhaps in mental health counseling. 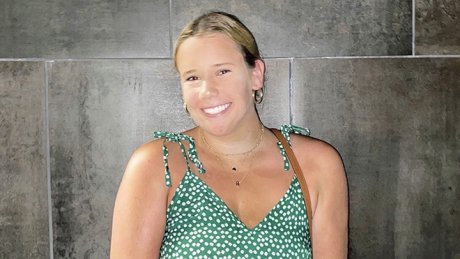 After graduation, Forensic Science major and Psychology minor Brigid Woods ’22 will use the experience she gained in the lab at RWU in her new job as a toxicology medical laboratory assistant for Quest Diagnostics in Marlboro, Mass. In this position, she’ll be sampling and processing drug tests for different companies. 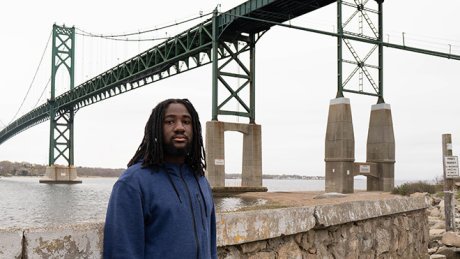 Criminal Justice major and Psychology minor Christian Thomas ’22 will be at RWU another year in the Criminal Justice 4+1 master’s program. During his time as an undergrad, Thomas has hosted a radio show on campus called Uptown Vibes, worked at the Intercultural Center, served as a Barbershop Club executive board member, and served as the Student Senate vice chair for the Diversity, Equity, & Inclusion Council. 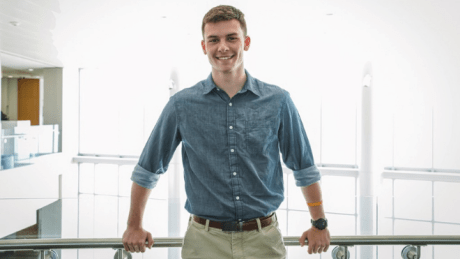 Honors student Kasey Litchford ’22, a Cybersecurity major with three minors in Computer Science, Military Science, and Digital Forensics, will be commissioned as a Second Lieutenant in the U.S. Army’s cyber branch this fall. A member of the Reserve Officers’ Training Corps, Litchford will work as a systems administrator for Raytheon BBN Technologies in Newport, R.I., until he begins his career with the Army. 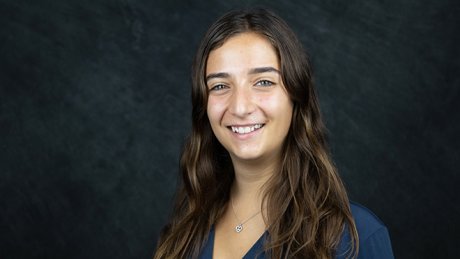 Electrical Engineering major and Honors student Daniella Giannotti ’22 will apply the hands-on research experiences she’s had at RWU to her position as an integration and test engineer at L3Harris Technologies in North Amityville, N.Y. Giannotti will be working on space and airborne systems, testing technology and chips for the aerospace and defense technology company. 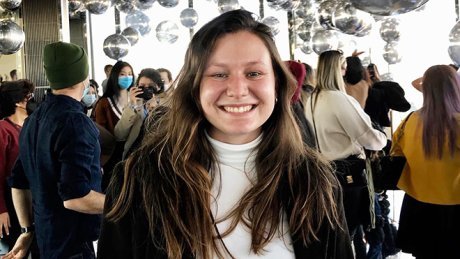 Alanna Ryan '22, an Architecture major with minors in Sustainability and Spanish studies, will pursue her master’s in sustainable design at Thomas Jefferson University in Philadelphia this fall. Building on her hands-on, interdisciplinary undergraduate work at RWU, she wants to focus her career on planning and urban design, she said. 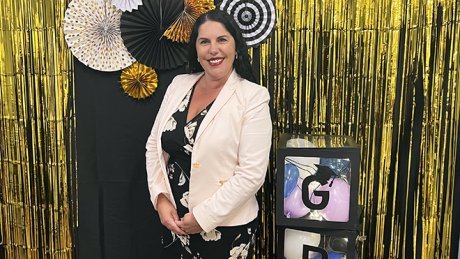 Sonia Pontes, who works as a payroll and accounts payable supervisor at RWU, received a B.S. in business management through University College and plans to pursue her master’s in Leadership at RWU. 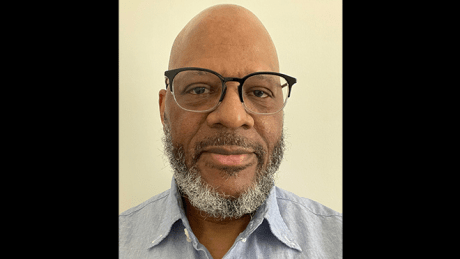 Engineering a Path Toward a Career in Renewable Energy 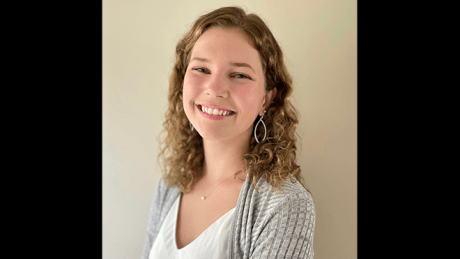 Hannah Darling ’22, an Engineering major with an Environmental Specialization, will be joining UMass Amherst’s Mechanical Engineering (Wind Power Engineering) Ph.D. program in the fall as both an ELEVATE and Sisson fellow. 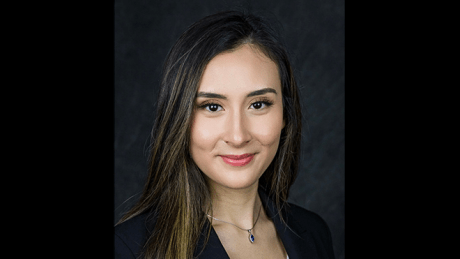 Michelle Desiata ’22, a Finance and Marketing double major, will be working at Ernst & Young in Boston, Mass., one of the big four accounting firms in the U.S. 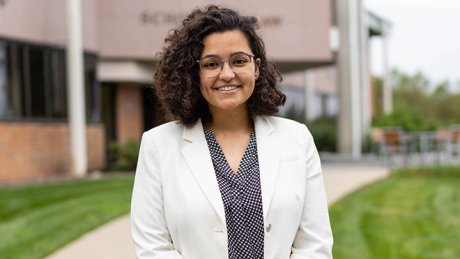 Brianna Jordan JD ’21 M ’22, who took part in the Juris Doctor/Master of Science of Historic Preservation dual degree program, will be sitting for the Massachusetts Bar Exam in July and is applying to jobs in the legal field. 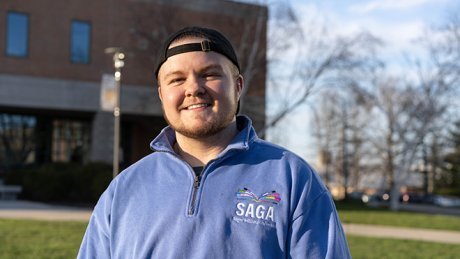 Grayson Scanlon ’22, an Architecture major and Computer Science minor, will work as a junior architectural designer and drafter at A4 Architecture in Newport, R.I. 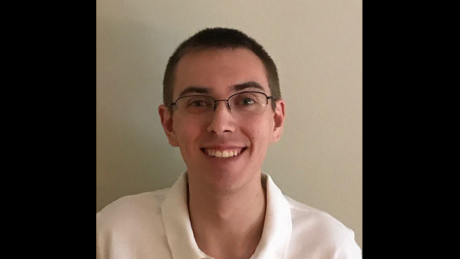 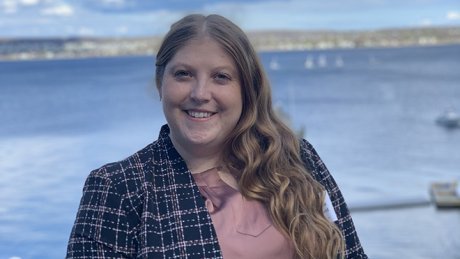 Amanda Kirkland JD/MBA ’22 will sit for the New York State Bar Exam in July, then pursue a master’s of law in corporate and finance law at the University of Glasgow in Scotland in September.

Passionate About Interdisciplinary Science, Student Researcher Credits RWU with her Job and Future 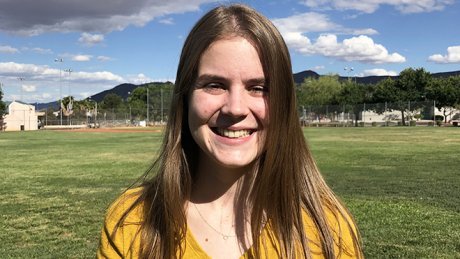 Honors student Hannah Sterling ’22, a Marine Biology and Chemistry double major and math minor, will draw from her extensive research experience at RWU in her new position as a research technician at Bigelow Laboratory for Ocean Sciences in East Boothbay, Maine. In the lab, Sterling will assist with a project analyzing algae in marine environments. 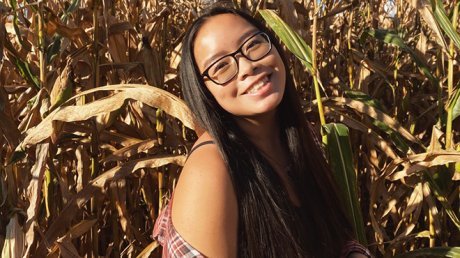 Marketing and History double major Julia McGettigan ’22 will pursue her MBA at RWU this fall. During graduate school, McGettigan said she hopes to round out her business skills and eventually work for a big agency in brand strategy.