Carrying On Tradition, 1,100 Students Give Back in Our Backyard

BRISTOL, R.I. – As they make Roger Williams University their home for the next four years, a legion of yellow-shirted freshmen swarmed out around the region today to kick off their first days as university students by giving back in their new backyard.

On the Monday before classes begin, every member of the freshman class takes part in a beloved Roger Williams University tradition to dedicate a full day of service to local community organizations. This year, 1,100 students deployed across 33 sites in Rhode Island and Southeastern Massachusetts for the 14th Annual Feinstein Community Connections Day, one of the largest single-day service programs in the region.

For students, it was a fun and rewarding introduction to the cornerstone of an RWU education – creating not just exceptional scholars but also great citizens through engaged learning and community projects. With our focus on hands-on civic scholarship, Roger Williams students go beyond the classroom putting their knowledge and skills to work solving problems that matter to our community partners.

RWU Interim President Andy Workman helped paint at Battleship Cove during Feinstein Community Connections day. “Engaged and experiential learning is central to an RWU education," he said, holding a paintbrush. "We learn by doing. We learn by helping. It orients them to the university, it orients them to the community, and they get to know each other.”

From Wakefield and Providence, R.I., to Fall River, Mass., students harvested produce for food pantries, played games and socialized with elderly residents of an assisted living facility, restored and painted a historic battleship, cleaned trash from shorelines and parks, among many other activities. Since the program’s inception in 2005, RWU students have provided more than 75,500 hours of service. 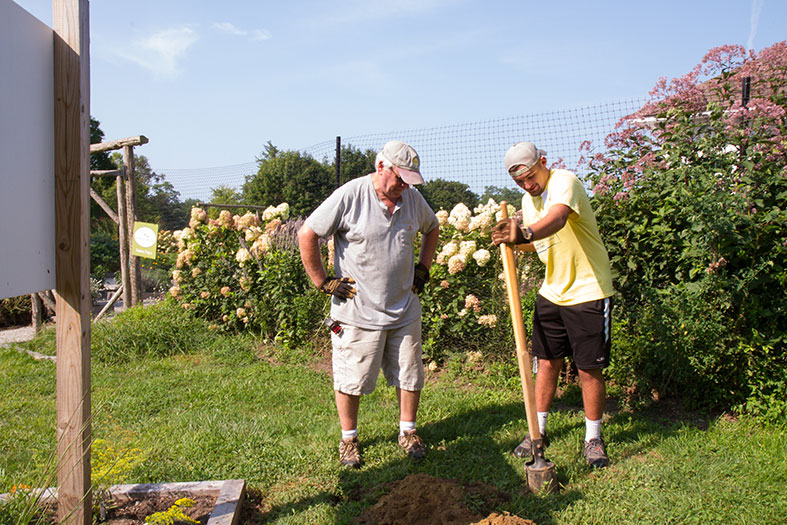 As Devlin Welch (above) and classmate Pat Griffin dug holes for a weed bin at Mount Hope Farm in Bristol, they talked about how they’d be playing lacrosse together for RWU. “It’s great getting to come out help the new community I’m a part of – it’s an awesome thing to do my part to give back,” said Welch, a chemistry major from Westfield, Mass. 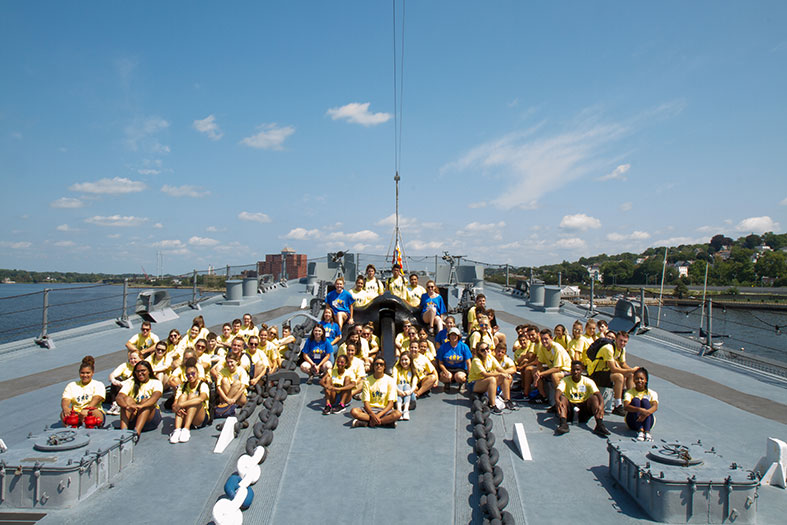 Part of the crew (above) that worked aboard the World War II-era U.S.S. Massachusetts at Battleship Cove in Fall River, Mass., Wilmer Castillo, an architecture major from Brockton, Mass., said: “It shows that we care about the community, that we strive to make things simpler for other people. It shows the school cares and they want the students to care.” 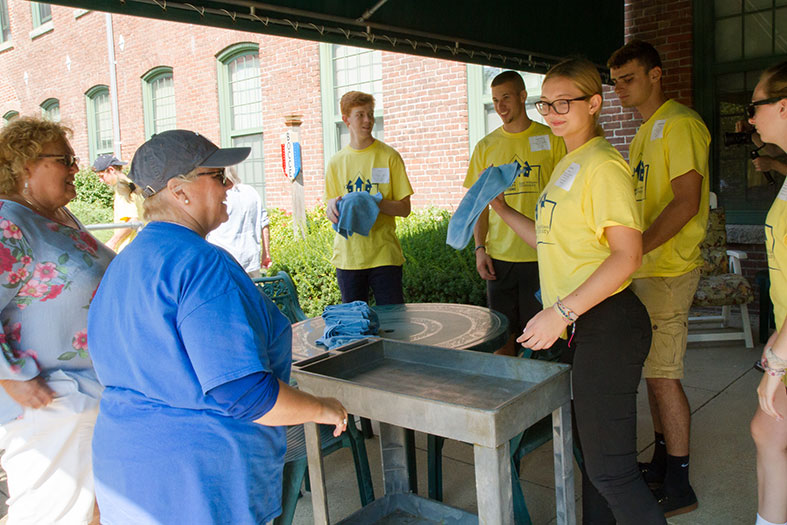 While some had the satisfaction of seeing a clean-up job take shape, Casey Pender (center), a business major from Garwood, N.J., cherished the human connection she made while listening to stories of residents at Franklin Court, an independent and assisted living facility in Bristol. “I was really close to my grandmother, who recently passed away, so being able to talk to the residents and have a connection with them is rewarding. You never know, so being able to touch their lives is important.”

The day’s activities were also a great way to get to know their new classmates. While tearing up invasive ivy at Bristol’s Mount Hope Farm, cybersecurity major Nicholas San Filipino said small talk came easily: “We were all focused on something other than being social – digging in the dirt – so it flowed better.” 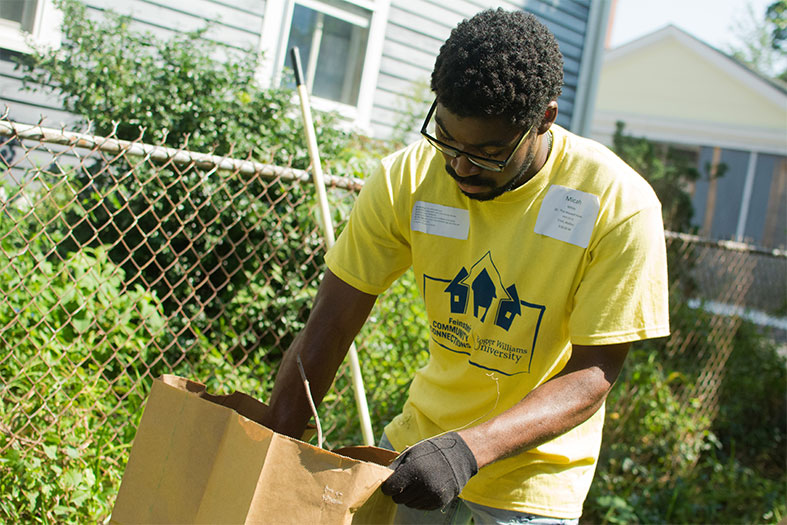 Architecture major Micah White (above) experienced the same while cleaning the historic Maxwell House in Warren, R.I., with his new classmates. “That’s the great thing about community service: You get to learn about the people you serve with.”