Board Of Trustees Selects RWU's Next President

BRISTOL, R.I. –  The Roger Williams University Board of Trustees on Wednesday announced that Ioannis (Yannis) Miaoulis, who transformed the Museum of Science, Boston into an institution of national and international prominence, will become RWU’s new president, beginning in August.

During his career, Ioannis (YAH-nis) Miaoulis (Me-OW-lis) has led large-scale efforts to spark passion for Science, Technology, Engineering and Math (STEM) among young learners around the world. He is assuming the RWU presidency as it is completing a new $13.8-million laboratories building for the School of Engineering, Computing and Construction Management. And he is coming at an exciting time of transition at RWU, which just named Tim Baxter, a 1983 RWU graduate and current President and CEO of Samsung Electronics North America, as Board of Trustees chair in October.

“Yannis was a very effective, imaginative and energetic Dean of Engineering at Tufts,” said Harvard University President Lawrence S. Bacow, the former President of Tufts. “His enthusiasm for both teaching and research was infectious. He brought the same strong leadership to the Museum of Science. Roger Williams has chosen well.”

“I have met very few people in my more than 50 years in American higher education who had all the component parts necessary to lead an institution, and Yannis is one of them,” said Sol Gittleman, Provost at Tufts University from 1981 to 2002. “Besides his God-given intelligence, he has another kind of knowledge – emotional intelligence. Both are required to succeed in the very special environment of an American university.” 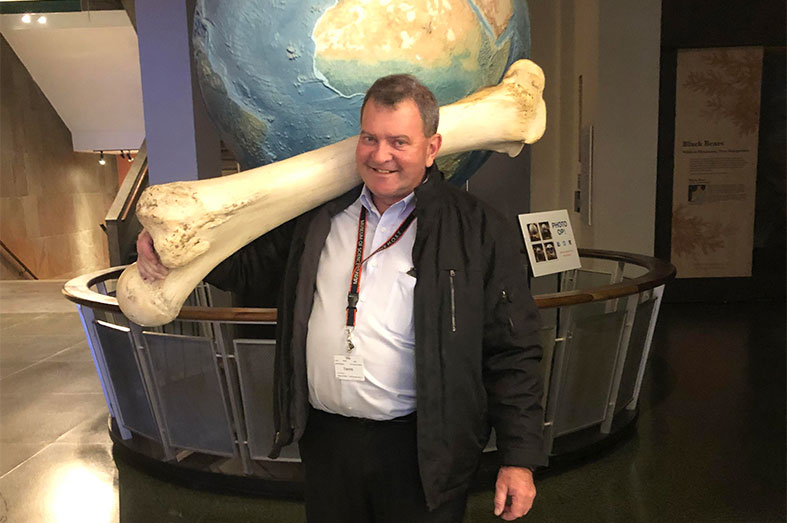 “Roger Williams University is very fortunate to be hiring a man with his talents and honesty,” said Malcolm L. Sherman, the former Museum of Science board chair who headed the search committee that hired Miaoulis. “He has a good strategic sense as to what his environment requires, whether at Tufts or at the museum. He is a very good fundraiser – he led a capital campaign that far exceeded its goal. He has excellent people skills and a strong sense of honesty. Put that all together, and you have a terrific combination.”

“President-Designate Miaoulis has a unique perspective to bring to RWU, having been a leader at both an academic institution and a nonprofit enterprise,” said Professor Susan M. Bosco, President of the RWU Faculty Senate and a member of the Presidential Search Committee. “He has the external connections that will help the university in its efforts to fulfill its mission. His empowering leadership style is an excellent fit for our entrepreneurial culture.”

“Dr. Miaoulis will bring a unique energy to our institution and invigorate the campus in exciting new ways,” said Kayla Devin, President of the RWU Student Senate and a member of the Presidential Search Committee. “His dedication to learning at every stage is evidenced throughout his career and will be a perfect complement to RWU’s commitment to lifelong learning.”

Baxter and Morris joined fellow Search Committee Co-Chair and Trustee Jerrold Lavine in thanking Interim President Workman and Acting Provost Robert Cole for the leadership they have provided over the past seven months. They thanked the search firm Isaacson, Miller for its diligent work. And they thanked the 24 members of the Presidential Search Committee for the hard work they put into analyzing a highly competitive pool of applicants, interviewing candidates and helping to ensure that RWU made the best selection for the next chapter in its history.

Miaoulis began working as a lecturer at Tufts in 1984 and worked his way up, serving as a tenured professor of mechanical engineering from 1997 to 2002. He was dean of Tufts’ School of Engineering from 1994 to 2002, interim dean of the Graduate School of Arts and Sciences in 2001, and Associate Provost from 2001-2002. Since 2003, he has been President and Director of the Museum of Science in Boston and director of the National Center for Technological Literacy. He left the museum at the end of January.

Miaoulis now serves on the National STEM Education Advisory Panel. He served on the NASA Advisory Committee, and he chaired the Education Committee for the International Space Station National Laboratory Board. He served as a trustee for Tufts University, Wellesley College and WGBH.

A frequent speaker on science and technology literacy, Miaoulis has testified before U.S. Senate and House committees and served as keynote speaker at education reform conferences worldwide. He has published more than 100 research papers and holds two patents.