The small planet Mercury passed between the Earth and the Sun, making it visible through solar telescopes from the RWU campus

BRISTOL, R.I. - It won't be for another 30 years that you'll be able to catch a glimpse of the planet Mercury from North America. The smallest of our eight planets (RIP Pluto) passed directly between the Earth and the Sun on Monday morning. Professor Adria Updike and Professor Elliot McKinley were ready to take in the view using solar telescopes, sharing the information and sights with anyone walking through the quad.

"Small, close to the Sun, and hard to spot, (Mercury) often goes unnoticed," read an email from the professors, urging the RWU community to take advantage of this opportunity. "This is the last transit of Mercury visible in the United States until 2049." 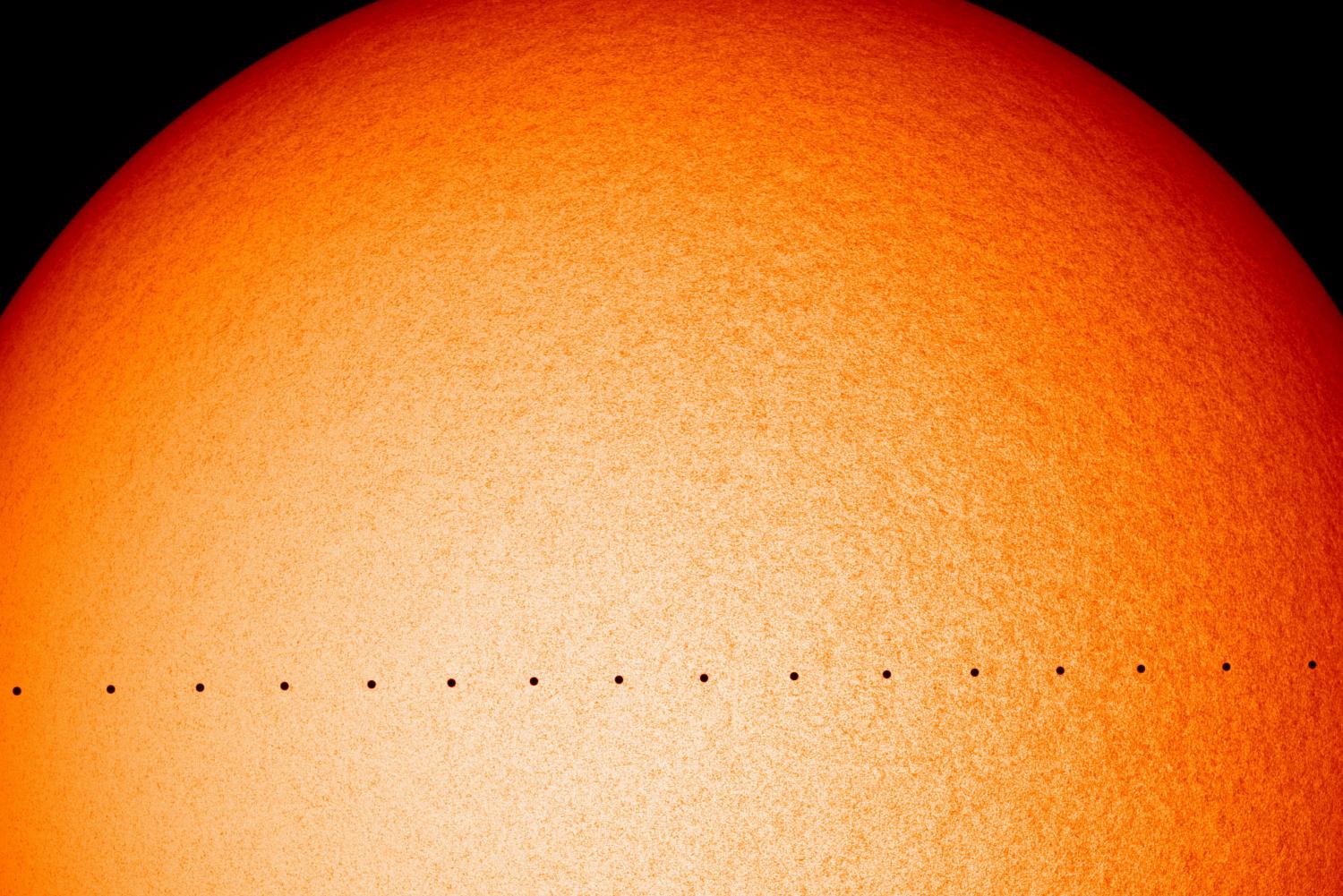 Here's a composite image of Mercury's transit across the Sun, as seen by NASA's Solar Dynamics Observatory on Nov. 11, 2019.

On the other side of campus, Associate Professor of Music and self-described amateur astronomer Elliot McKinley is set up to take in another angle of Mercury's journey with his class. 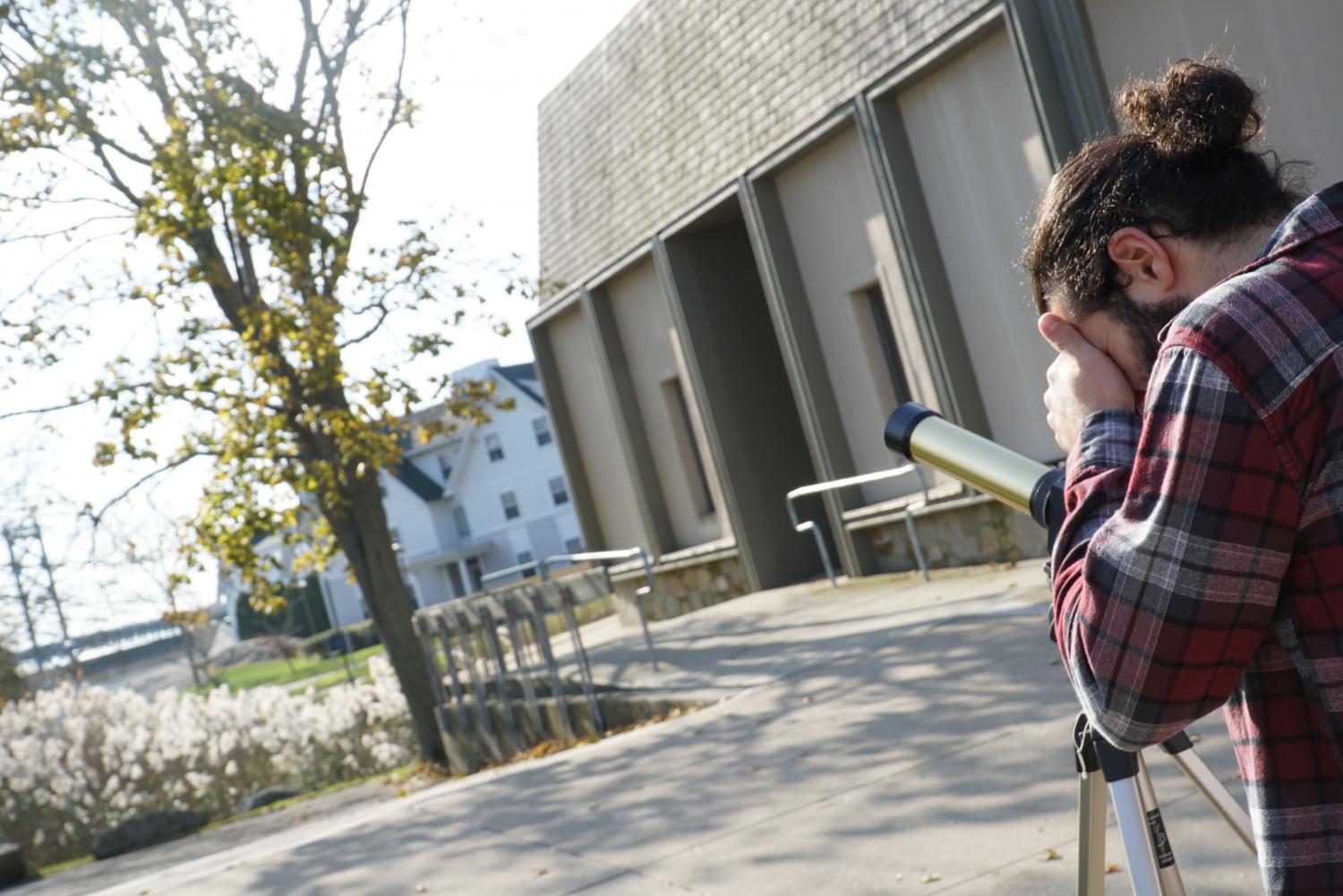