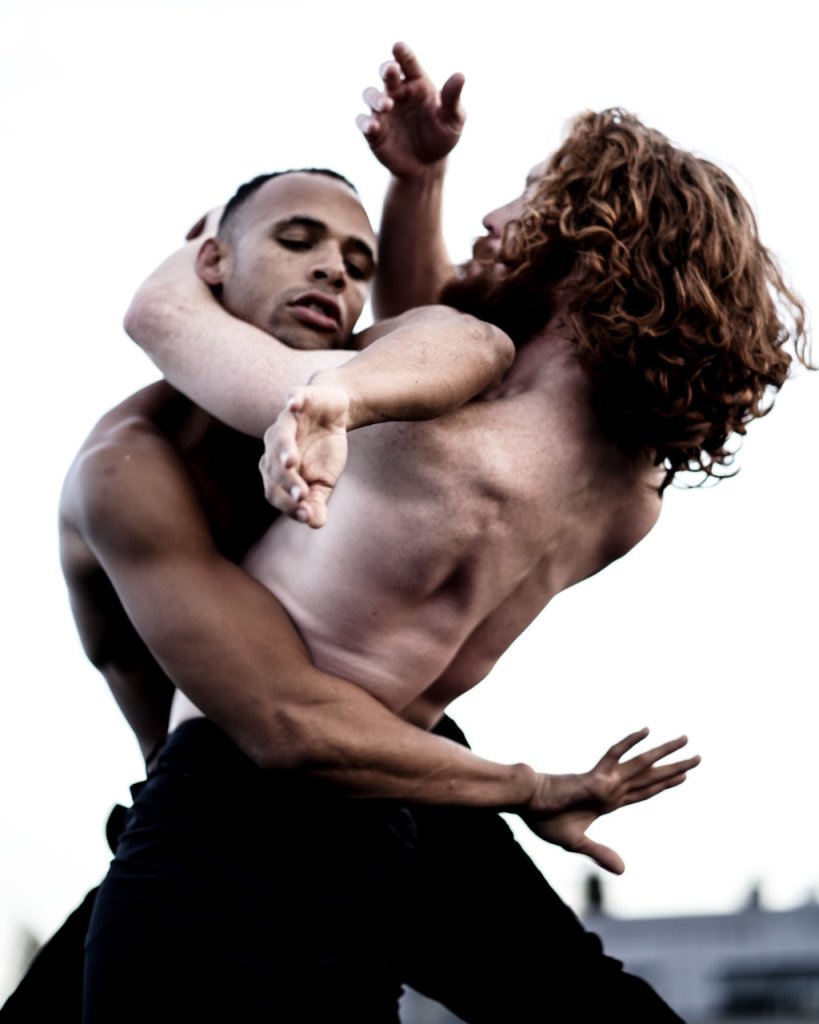 Shawn and Mike are thrilled to work with the RWU Dance students, where they will lead workshops, choreograph an original work on Dance Theatre Company, and perform alongside students in the Alive! Arts Dance Series!

Shawn Fitzgerald Ahern is an American movement director and performer who emphasizes humanity in his work. Following seven years creating and performing full time with NYC based Pilobolus Dance Theatre, he moved to Belgium where he spent four years as lead performer and choreographic assistant to choreographer Sidi Larbi Cherkaoui. Now based in Berlin, Shawn engages as a freelance performer, director and choreographer in diverse projects around the world. Fitzgerald has contributed to more than thirty major productions across a wide range of platforms including three Grammy Award nominated dance films and two Academy Award winning major motion pictures. He has performed over one thousand live shows in theaters and opera houses worldwide and his work has been seen on live television, in cinemas, and on screen by millions. His recent live choreographic work, Elsewhere, was counted in the Irish Times’ “Best of 2021”, lauded by major print media as, “A radical and timely work”, “Fluidly physical”, and, “Beautifully choreographed.” His independent films have been featured and awarded in film festivals in North America, the UK, Europe and Asia.  In the fall of 2022 he was awarded an artist residency at the Baryshnikov Arts Center. 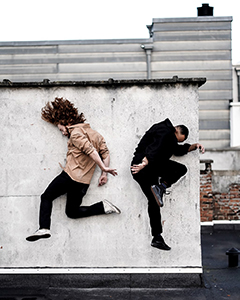 Mike Tyus is an award-winning dancer, choreographer, and creative director from Los Angeles, CA. He has been performing and creating dance for the stage, print, and screen for over 15 years. He has worked with Cirque Du Soleil, Pilobolus Dance Theater, Sidi Larbi Cherkoui, Sia, Whim Whim Contemporary Dance, W Magazine, The Broad Museum and Jacob Jonas The Company. His film work has featured on PBS, at the Museum of Contemporary Art, and for Nigerian Pop-Star Adekunle Gold’s music videos.  Tyus has created branded campaigns for companies such as Vaara, Anthropologie, Veuve Clicquot, SONY, Apple, and Abercrombie & Fitch, focusing on the relationship between dance and commerce. His print work has featured in Vogue Italia and LALA Magazine. Community and Creation are at the core of Tyus’ mission and continue to drive his efforts in crafting work that feeds the human spirit and reflects the times in which we live. 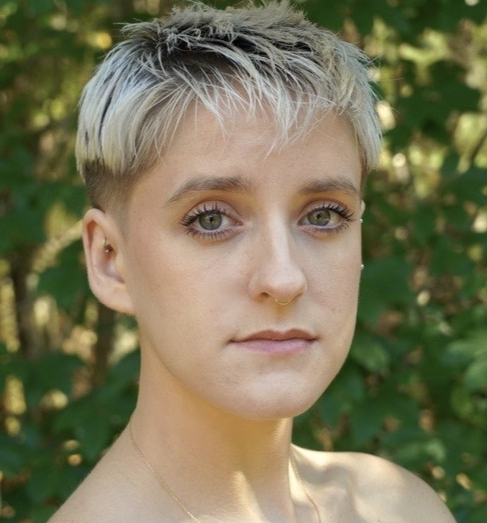 Meryl Gendreau began dancing at an early age, studying and performing modern dance. At age 17 she began training in hip-hop, traveling overseas to Germany and Croatia for intensives rooted in hip-hop fundamentals. She began directing competitive hip-hop crews at age 20, and now directs her own team, West 1s, out of her studio, Grooves On West, which opened its doors in 2020. Meryl returned to 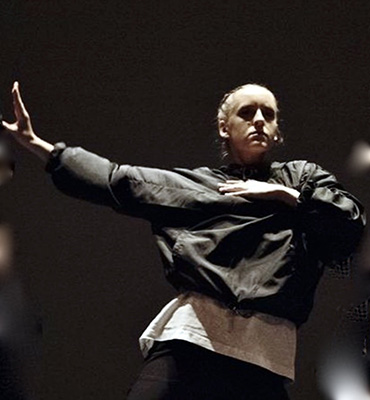 academia to pursue her dance education at RWU and earned her BA in Dance and Performance Studies. Her credits include dancing backup on film for Duc Anh Tran, and as a principal dancer in Disney’s Hocus Pocus 2. She currently dances for Boston Company N/A and is a cast member and dance captain in AYO the Show.  In addition to being a professional dancer, dance educator, and small business owner, Meryl is also currently pursuing a Masters in Forensic Psychology at RWU. 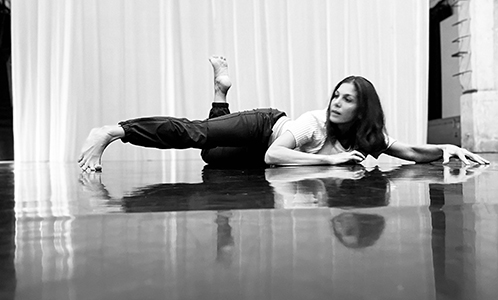 Gisela Creus is an international and interdisciplinary dancer, educator. Since 2007 she has combined her artistic career with the direction and management of the nunArt Association and nunArt Creacions. She started exploring various styles of dance at age 9; at 18, she began studies in Business Administration and Management at the Universitat Autònoma de Barcelona, along with a 2-year professional dance training course in Barcelona, where she obtained her diploma. She was then awarded a scholarship at the Laban Conservatory in London, where she studied for three years and received a BA with honors in Dance Theatre. She specializes in contemporary dance, improvisation, creative dance, classical dance technique, and yoga and continues to train with internationally renowned artists, mainly in Barcelona, London and the United States. Gisela currently lives in Barcelona and is very happy to be back at RWU as a guest artist! 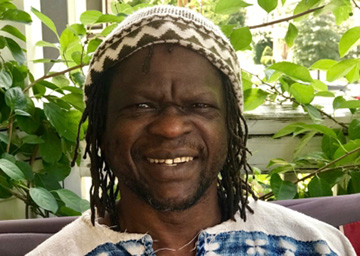 Seydou Coulibaly is one of Mali’s leading dancers, teachers, and choreographers. He was named Mali’s #1 dancer in the final Biennale Arts Competition with his company Troupe Commune Quatre, before the coup d’état in 1990. He then founded and was artistic director of Mali’s nationally respected and award-winning Troupe Komée Diosée, which toured throughout Mali. Seydou now also works extensively in the US, where he teaches Mande dance, music and culture at Wheaton College, Brown University, the Dance Complex (Cambridge, MA), and frequently visits schools throughout New England. Seydou also runs Yeredon, a cross-cultural school in Bamako, which aims to bring a greater knowledge of Malian culture to foreigners while preserving the work of Mali’s most talented artists. His film credits include Steven Spielberg’s Amistad, Mali Djembekan, Street Party in Lafiabougou, and numerous educational films on Malian music, dance and culture. Seydou’s djun-djun playing can also be heard on Mohamed Kalifa Kamara’s Africa Kanben. 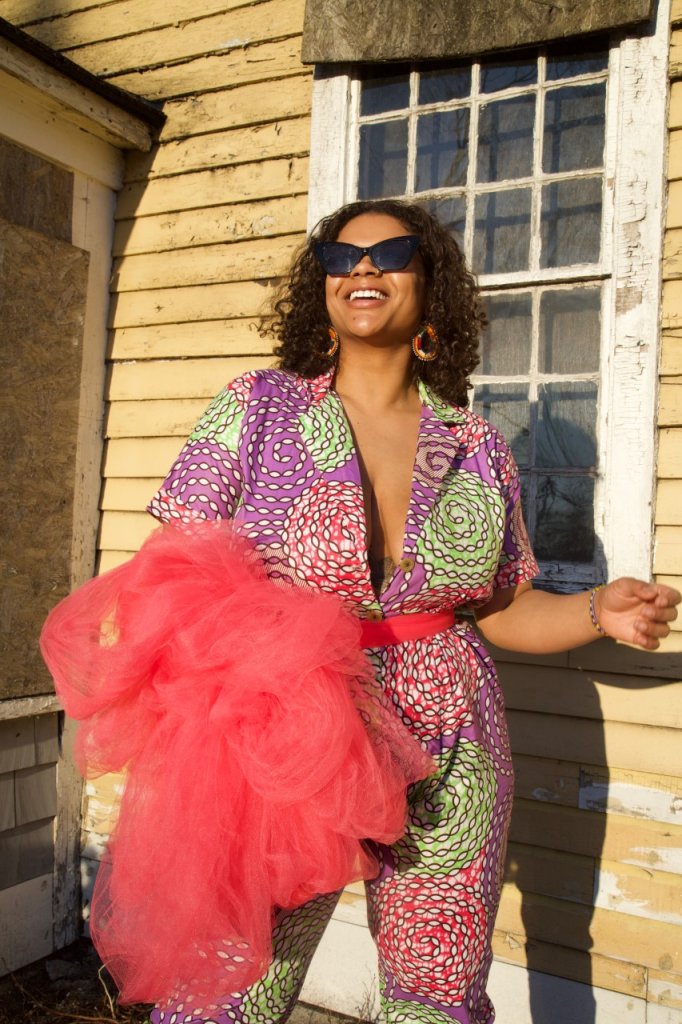 Assitan 'Sita' Coulibaly (she/her/hers) is a Malian-American dancer, choreographer, and writer based in Providence, Rhode Island. Assitan began training in West African dance with New Works/World Traditions at Brown University with whom she has performed and travelled worldwide. Much of her choreographic work is greatly inspired by her Malian heritage and is highlighted by her fusion of Coupe Decalé, Afrobeats, traditional West African, and Hip Hop dance and music styles. These bodies of work are meant to reflect the fun and energetic community lifestyle that is reminiscent of her childhood growing up between the United States and Mali. She has taught West African Dance at Wheaton College, the Dance Complex in Cambridge, MA, and is currently fulfilling the role of the Artist in Residence at TAPA- Trinity Academy for the Performing Arts. Assitan holds her B.A. in Psychology with a double minor in Peace and Social Justice and French Studies from Wheaton College-MA (2017) and 200-hr Yoga Teacher Certification (B4C 2020). Assitan is one of five founding members of The Haus of Glitter Dance Company, a member of New Works/ World Traditions Dance Company, a principal dancer with Troupe Yeredon in Mali, and was just awarded RISCA’s Folk Arts Fellowship. Outside of her African Dance practice, Assitan enjoys practicing Yoga, Meditation, Latin (Bachata, Merengue, Salsa, and Cumbia), Dancehall, Step, and Contemporary dance styles. In addition to her art, she is the acting Director of Legacy Arts & Education at Centre Yérédon in Bamako, Mali and a Teaching Artist and Performer with Pushed Learning and Media, a Boston based non-profit that specializes in diversity, privilege, and racial justice education. 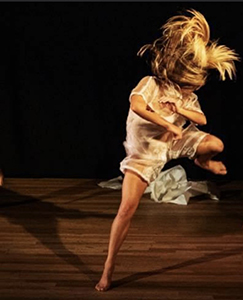 Nicole Gallo is a dancer, educator, choreographer and studio owner based in New Bedford, MA. She received her BA in Dance from Georgian Court University in Lakewood, NJ earning several honors, including the Scholar Award in Dance and Performance. She performed works by Sidra Bell, Stefanie Batten Bland, Gregory King and Daniel Gwirtzman, along with attending Impulstanz Dance Festival in Vienna, Austria. Nicole continued her education in New York City attending multiple dance intensives and assisting classes. As a freelance dancer she performed works by various artists and was hired as a member of Mignolo Dance Company and as a Principle with Open Category Dance Company. As a 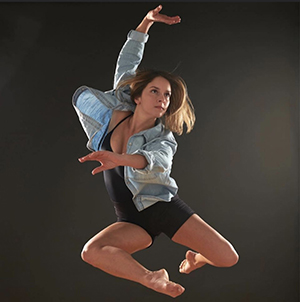 choreographer, Nicole makes gestural and angular work exploring physical and emotional effort, challenging the extent of body-mind capacity. She presented her work at American College Dance Festival, Center for Performance Research, CHI Movement Arts Center, Dixon Place and Peridance Capezio Center. She is also a certified yoga and Pilates instructor, applying her unique approach to body form and function to all movers. She owns and operates The Studio on Pope’s Island, in New Bedford, MA teaching dance, yoga and Pilates. Nicole is thrilled to be teaching masterclasses and creating a new work with the dancers of RWU’s Dance Theatre Company this fall!