In His Own Words

President Farish served as a leading voice in the national dialogue on the most important issues facing higher education. Explore his ideas, in his own words, on topics including making college more relevant, more affordable and more accessible.

The responsibility of college presidents now must be to articulate higher education’s role in creating agency for many of those who feel disenfranchised. My campus has promoted affordability by freezing tuition for the past five years and increasing financial aid 30 percent; created educational programs for such nontraditional students as prisoners on work-release, teenagers entering the juvenile justice system, and inner-city high schoolers; provided training for corporate employees; and instituted work-force-development programs for underemployed workers.

It’s time for college presidents to make a collective pledge to America to stand for social justice and the creation of opportunities for those whom higher education has traditionally excluded. It’s time we recommitted to having as our primary mission “to serve the public good.”

Our tagline at Roger Williams University is “a private university serving the public good.” If we are to be true to that commitment, we have no choice but to be in the front row of the vanguard of American universities that dedicate themselves to expanding college access to working adults and to those high school graduates who today are too often excluded.

Colleges must dramatically increase graduation rates. It is unconscionable that colleges are graduating less than 20 percent of incoming freshmen in four years. Too many institutions act more as judges than advocates, more as inquisitors than mentors, more as auditors than teachers. And when students fall short, the conclusion is that they’re lousy learners – not that the institution is doing a poor job of teaching… We can provide far more guidance and assistance to students without compromising expectations of what and how they learn. We can enliven in-class and out-of-class instruction. We can move away from counting the hours a student must spend in a classroom and toward a direct assessment of learning outcomes.

In response to the executive order on immigration, statements of concern, a recommitment to core values and expressions of support for those imperiled are all expected and appropriate [from university presidents]. One method of modeling best practices for our students – and allowing them to see the democratic process in action – would be to create forums on campuses to discuss whether the current level of protection of our citizens from terrorist attacks is sufficient, and if not, what additional steps might be considered, weighing the balance between the degree to which safety would be enhanced versus the degree to which particular actions might actually increase the level of danger.

– Campus Civility in a Politically Charged Era
Published in Inside Higher Ed, March 3, 2017 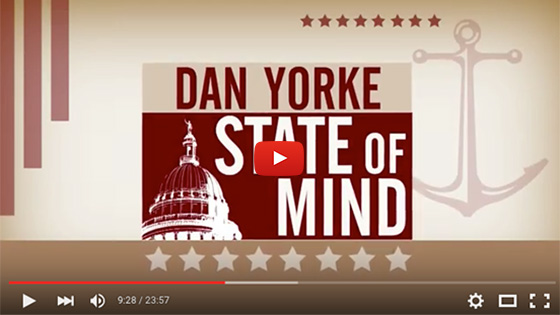 This world needs people of good will who are committed to sustained action. We need people undeterred by the frustrating scarcity of easy solutions or quick results. We need people devoted to defending freedom of expression and fighting for freedom from oppression.

At a time when authoritarian rulers are clamping down on dissent, we need the next generation to shine a light in the darkest corners. In an era of rampant cynicism, we need a youthful burst of energy and optimism. This is the generation the world needs now. And it gives me hope.

President Farish on the Value of Being a Lifelong Learner