Selected Tea: You Are Your Best Thing: Vulnerability, Shame, Resilience, And The Black Experience, by Tarana Burke & Brene Brown

Light refreshments and amazing dialogue will be served.

RWU's Antiracism Campaign Kickoff will be an opportunity for faculty and staff to learn more about the origins of the campaign, upcoming events, and ways to get involved in the work. We'll also share updates on the Employee Access Success & Equity (EASE) portion of our Equity Action Plan, along with key data insights from our most recent faculty and staff climate survey and equity scorecard.

View event here at scheduled time.
In the United States, Latin American Studies are interdisciplinary programs that integrate concepts and ideas from different fields in the social sciences and humanities. During the last decades, Afro-Latin American Studies have presented numerous and original perspectives to analyze and study the African heritage of the peoples in Latin America, going from analyzing the inequalities and their intervention in the processes of national formation (De la Fuente-Reid).

In this presentation, Professor Righi will introduce her proposal for teaching Afro-Latin American studies in the Introduction to Latin America and Latino Studies (LALS 100) at RWU. More specifically, she will focus on the concept of “racial democracy” in Brazil as a concept that used to describe this nation. Although academics and activists no longer characterize any country or society as a “racial democracy,” this is a useful concept to introduce in the classroom, especially when discussing racial formation in Latin America. In class, students read and watch different materials (from academic books to documentaries) about the construction of racial relations in Brazil and Latin America and they are encouraged to think about the similarities and differences with the United States (indeed, racial democracy was an idea often used to compare these countries). In this presentation, Professor Righi will introduce this material, the activities, and the discussion she proposed in the LALS 100 course to debate and think on racial justice (and injustices) in the past and the present. Additionally, she will present some of the challenges she experienced when teaching this concept and some changes she plans to implement in the future.

Angela Harrelson and Paris Stevens are the aunt and cousin of George Floyd. After the passing of his mother, Floyd moved to Minneapolis to be closer to his family and build a new life. An unmarried father of three, Floyd wanted to escape the low-income Houston neighborhood where he grew up. Harrelson promised George's mother that she would look after him. Before her nephew’s death, she felt people didn’t want to talk about racism even in seemingly progressive cities like Minneapolis. Now, she’s encouraged that there’s a conversation about it across the country. “What happened to George changed people’s hearts,” she said and got them talking about the history of not just police brutality, but also the inequities in education, employment, and housing her family has faced.

Join Keynote Speaker Kimberly Jenkins Robinson for this virtual program, “A Roadmap to Educational Excellence and Equity for Rhode Island.”

Kimberly Jenkins Robinson is the Elizabeth D. and Richard A. Merrill Professor at the University of Virginia School of Law as well as a professor at both the School of Education and Human Development, and the Batten School of Leadership and Public Policy at the University of Virginia. She is an expert who speaks throughout the United States about K-20 educational equity, equal opportunity, civil rights, and federalism. 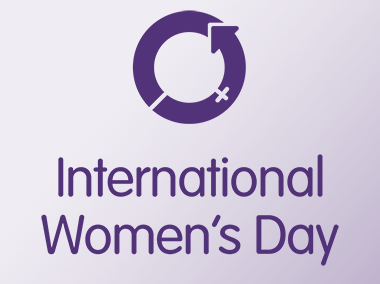 This year, RWU will participate in International Women's Day by celebrating women-identified students, staff and faculty through the lens of intersectionality and accountability. "Imagine a gender equal world. A world free of bias, stereotypes and discrimination. A world that's diverse, equitable, and inclusive. A world where difference is valued and celebrated. Together we can forge women's equality. Collectively we can all #BreakTheBias. Celebrate women's achievement. Raise awareness against bias. Take action for equality."- IWD

View event here at scheduled time.
In his talk, Aaron Allen, Assistant Professor of Cultural Studies, thinks beyond “place” in strictly geographic terms to examine Emmett Till’s place both within history and our collective memory. He pays considerable attention to how historical vacancies in Emmett’s story affects present-day racial disparities. The conversation hopes to map out an alternative cartography of Emmett in order to explore the relationship between racial justice, memory, and hidden truths.

Selected Tea: Claude M. Steele's Whistling Vivaldi: How Stereotypes Affect Us and What We Can Do

The acclaimed social psychologist offers an insider’s look at his research and groundbreaking findings on stereotypes and identity.

Steele, who has been called “one of the few great social psychologists,” offers a vivid first-person account of the research that supports his groundbreaking conclusions on stereotypes and identity. He sheds new light on American social phenomena from racial and gender gaps in test scores to the belief in the superior athletic prowess of black men, and lays out a plan for mitigating these “stereotype threats” and reshaping American identities.

Join us for an evening of dialogue with Peter Babcock, a former NBA Executive who served as a general manager for the San Diego Clippers, Denver Nuggets and Atlanta Hawks. With an impressive NBA career and a deep commitment to social justice issues, Mr. Babcock has a wealth of knowledge about the challenges and triumphs of marginalized athletes in this country. During this event, Mr. Babcock will discuss civil rights, the NBA, and details on how he has leveraged his position to help create change in local communities.

Peter Babcock is a former NBA executive, serving as general manager with three franchises; the San Diego Clippers, Denver Nuggets and Atlanta Hawks. He also worked in a variety of capacities from scouting to coaching to player personnel with the New Orleans Jazz, Los Angeles Lakers, Milwaukee Bucks, Toronto Raptors and Cleveland Cavaliers over a 42-year period. Mr. Babcock served as president and minority owner in his final two seasons with the Denver Nuggets. His Nuggets and Hawks teams appeared in the playoffs 14 out of 15 seasons. Babcock also directed the NBA Pre Draft Camp for over twenty years, served on the competition and rules committee and steering committee for the NBA and was a member of the USA basketball men's selection committee picking the 1996 Olympic team and head coach. Mr. Babcock recently served as a contributor the book Black History: An Inclusive Account of American History, and he currently teaches a course at Emory University.

In the final installment of the yearlong Integrating Doctrine & Diversity Speaker Series, we will reexamine our syllabi and reconsider our assigned readings to learn how to further invite conversations about diversity, inclusion, equity, and social justice into the classroom. Hear helpful strategies and advice from law professors who are innovating in large and small ways with engaging teaching techniques and practices.

View event here at scheduled time.
Almost fifty years ago, Southeast Asians experienced massive upheaval and violence shaped by US militarism in Cambodia, Laos, and Vietnam. As a result of the War in Vietnam, the Khmer Rouge genocide in Cambodia, and the mass carpet bombing of Laos, over 1.4 million Southeast Asian refugees were brought to the US as part of the largest refugee resettlement program in US history. The Refugee Resettlement Program promised to resettle and stabilize our communities, but instead it abandoned them. Southeast Asians resettled in under-resourced and over-policed neighborhoods in New England cities like Providence, Rhode Island and Lowell, Massachusetts. Despite these socio-economic challenges, Southeast Asians built vibrant communities and powerful organizations.

Locally, the Alliance of Rhode Island Southeast Asians for Education (ARISE) was founded to amplify and elevate the educational needs of Southeast Asian students and other students of color through a Black Liberation lens. ARISE equips young people with the political education and organizing tools to navigate and challenge the current systems that do not serve them as whole people.

Nationally, the Southeast Asian Freedom Network (SEAFN) was formed in 2001 to create a united front against the deportation of Cambodian American refugees. After two decades, SEAFN has evolved into a national movement family of local organizations dedicated to the mass mobilization of Southeast Asian communities towards abolition.

Together, these organizations work to expose the school-to-prison-to-deportation pipeline and other hidden truths about the realities of what it means to be Southeast Asian in a world where the impact of oppressive state power, colonialism, and social persecution give shape to the narratives we are told. Through a moderated discussion, Chanda Womack and Sarath Suong will lift up stories of Southeast Asian refugee resettlement, resilience, and resistance.