Roger Williams University Professor Loren Byrne, working as part of a global consortium of researchers, is helping to turn the tide of knowledge through the United Nations' first ever report on soil biodiversity.

Byrne, a professor of biology and environmental science at RWU, contributed a chapter to the report on “Urbanization” – the effect of human development on soil biodiversity through construction for homes and industries, from the rise of cities to suburbanization and exurbanization. He investigates how the ecology of the soil changes as it is moved away and compacted from construction, from being paved over, and affected by lawn and garden management.

Recognizing "that education is an indispensable element for achieving sustainable development", the United Nations designated 2005-2014 as the Decade of Education for Sustainable Development. Through its Sustainability Studies program, which continues to grow in enrollment and prominance on campus, RWU is proud to have helped support this international movement since it was established five years ago. In a recent essay about the DESD, Goolam Mohamedbhai, chair of the International Association of Universities' Working Group on Sustainable Development, commented that, "The post-2015 Development Agenda is currently being formulated by the UN (with the) 17 Sustainable Development Goals (SDGs). A glance at the proposed draft SDGs shows that their implementation will require substantial input from higher education." Through its many Sustainability Studies courses, RWU will continue to advance this international vision of helping future leaders develop the knowledge and skills they need to help create more sustainable human communities and environments, both locally and globally.

From the RWU Press Release: "Roger Williams University is one of 10 universities internationally to join the Planet Forward University Consortium, a newly launched multimedia, digital storytelling collaborative aimed at providing an added voice for those working on sustainability challenges such as food security, water, energy and climate change." See more on this exciting opportunity here. 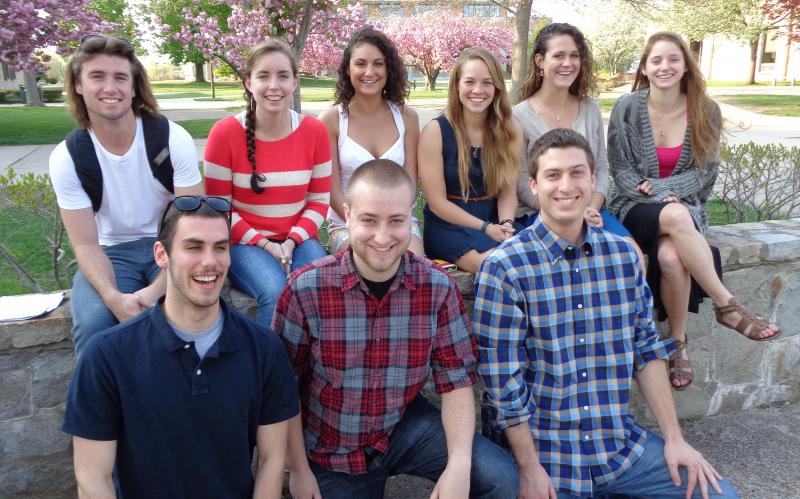 Approximately 20 students in the class of 2014 completed the SUST minor. As part of their capstone coursework in SUST 401 "Working toward Sustainability", they completed projects, among others, to help increase recycling rates in Bristol, analyzed suitability for a bike share program on campus and surveyed local restaurants about sustainability practices.

March 2014: Sustainability and the Arts

Since its beginning, the study of sustainability has been interdisciplinary, drawing knowledge and methods from many disciplines. More than ever though, the arts in sustainability are a hot topic! A recent New York Times article focused on college courses that integrate the two areas of study. More art schools and artists have also been taking up the cause of sustainability, as described here. Last year, George Mason University created a new initiative called EcoScience+Art. At Roger Williams University, we embraced the value of the arts for sustainability studies from the very beginning. From its first offering, the SUST 101 course included a creative arts project as one of its required assignments. It has always been one of the students' favorite parts of the course and many create some fantastic works of, excuse the wordplay, eARTh--that is art that considers relationships between humans, our creative spirit and the Earth.

The issues of sustainability are not just a passing fad and it is not just an American issue. As reported in a recent New York Times article, sustainability is becoming mainstream in Canadian universities. Australians have been leaders in sustainability thinking for a long while. Sustainability is explored in South America through a unique organization. And of course, China continues to grapple with relationships between complex economic and environmental issues. in RWU's SUST classes, we explore the many global dimensions of sustainability while connecting them to our local communities and personal lives.

With majors as diverse as theater, engineering, historic preservation, environmental science, media communications and architecture, 22 students in the RWU class of 2013 have completed the Sustainability Studies minor. This is twice as many as in 2012 and more than five times as many as in 2011. In this case, exponential growth is a good thing! The SUST program faculty wish them all the best as they go on to put their sustainability knowledge to good use! 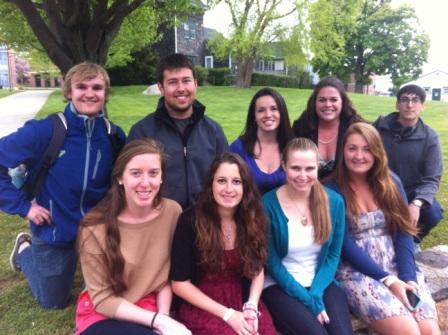 Two architecture students from RWU’s Class of 2013 who have completed the Sustainability Studies minor, Alexandra Isham and Garrett House, have been accepted into graduate programs focused on sustainability. 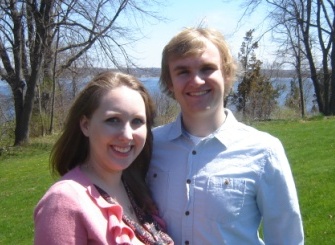 Alexandra will be pursuing a Master of Science in Sustainability Management from the Kogod School of Business at American University in Washington, D.C. Reflecting on her RWU experiences, Alexandra commented that, “If it were not for the Sustainability Studies minor at Roger Williams, I doubt I would have discovered my passion for sustainability. I feel empowered, and am ready to make sustainability decisions that are long overdue in the corporate world. Roger Williams provided me with an invaluable foundation for my future sustainability endeavors.”

Garrett will continue his architecture studies at Washington University in St. Louis with an emphasis on environmental systems and sustainability. In his application statement, Garrett wrote, “I look forward to further investigating the collaboration between design and sustainability… (and) develop an architectural identity that will allow me to reach a vision for a more sustainable future.”

March 2013: The RWU SUST Program is pleased to announce that the new Core Concentration in Sustainability Studies has been fully approved. 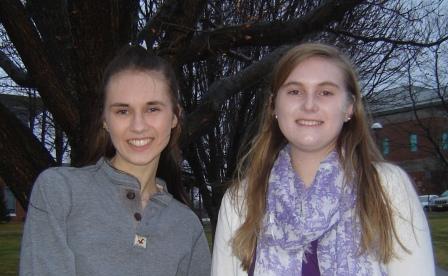 Photo: Current Students Rebecca Rokiki (Construction Management) and Alicia Wilson (Marine Biology) are among the students to declare their intent to enroll in the new SUST Core Concentration.

This fall, students from all majors and catalog years can enroll in the Core Concentration (CC) in Sustainability Studies (SUST) to fulfill general education requirements using the three SUST courses and two electives (see requirements and restrictions).

Currently, approximately 40 students are enrolled in the SUST minor which was created in 2010. Theresa Polly, a Global Communication major and SUST minor, said that the SUST program “allows us to see the world differently and … is about truly becoming a citizen of the world who cares deeply about its health.” Environmental Science major Philip Yashinowsky commented that, “Through (the SUST) courses I have gained decision-making skills and insights which I will keep with me throughout my life.”   For more information about the SUST program and CC, contact the program coordinator, Dr. Loren Byrne (lbyrne"at"rwu.edu).

September 2012 The President of Unity College in Maine announced that the institution "has adopted Sustainability Science as (its) overarching framework for all academic programming."

Is this something that RWU should strive for? Enrollment in our SUST minor has steadily increased suggesting that many students from many disciplines are interested in this area of study. Working to ensure that all students graduate with foundational understanding of sustainability ideas and practices is a worthy- and perhaps necessary- goal to catalyze a better future.

June 2012: Jessica Sasso '12 puts her Sustainability Studies major to good use in her new job.

After enrolling in the SUST minor, Jess Sasso  decided that a minor wasn't enough to satisfy her passion for the subject. She became RWU's first SUST major by proposing an individualized program in SUST studies to complement her major in English. She took a series of environmental science and ecology courses to build a SUST major and completed an English senior thesis analyzing the movie Into the Wild through a sustainability lens. Her advanced work and passion have rewarded her. In June, she received an educator and outreach position with the environmental group, the Buzzards Bay Coalition.

May 2012: Congratulations to members of the Class of 2012 who completed the Sustainability Studies minor!

In only the second year of the SUST program's existence, 11 students from diverse majors completed the minor. For their capstone projects in SUST 401, they helped advance sustainability projects on campus and in the local community. 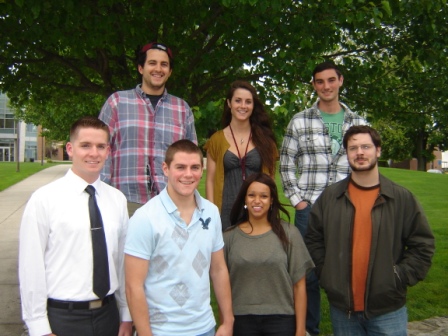 According to Lee Epstein, it seems it is. In his essay, he makes a strong argument that the "real green colleges" are the ones that have strong educational programs in sustainability studies. He writes: "Education is about the only way we are going to get out of the ecological mess we’re in. It’s up to our much-vaunted institutions of higher learning to lead the way, and we should insist ... that they finally begin a green century of ... learning and teaching." With our SUST minor, RWU is helping lead the way into this green century.

More and more professional organizations, including corporations, are valuing and committing to sustainability as standard operating procedure. As one author said: "In short, the debate about whether sustainability should be a part of the business agenda is mainly over." Read more quotes from leaders in a report from the NYC Sustainable Operation Meeting.

A survey by researchers at Arizona State University indicates that employers view sustainability studies as a plus on a job candidate's resume.  Professor Kevin Dooley, author of the study, stated that, "Job candidates with both sustainability skills and a solid professional background in a field like business or engineering are receiving job offers that far exceed what’s warranted in the current market, and that’s because there aren’t many of them.”
Read the ASU press release about the study.

May 2011: First group of students complete the SUST minor 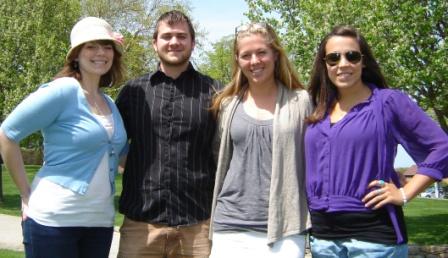