Join the Roger Williams University Master of Public Administration and Master of Science in Leadership programs for the 2019 Annual Fall Reception and Colloquium, 'Ethical Responsibility in Public Service'.

The Conference is open to all public service professionals and current MPA and MS in Leadership students and alumni. We welcome members of the Rhode Island Chapter of the American Society for Public Administration members and interested community members. The Fall Reception & Colloquium is scheduled to take place Tuesday, October 29, 2019.

As PEMA Director, Lt. Col. Kugel is responsible for the mitigation, preparation, response, and recovery for any major disaster affecting the City of Providence.  Prior to his current responsibilities, he served for more than 22 years in the Army as a Chemical, Biological, Radiological and Nuclear Defense Officer. Prior to his retirement from the Army, he also served for four years as the Professor of Military Science and led the Military Science program at Providence College. He has both personal and professional experience for developing systems for community disaster preparedness for many municipalities.

Attorney Southgate began her tenure with the City of Providence as corporate and regulatory counsel. As deputy counsel, she functions as the law department’s administrator and devotes her time to municipal contracts among other financial matters. As such, ethical leadership and responsible oversight of multiple departments is paramount.

Join us as Lt. Col. Kugel and Deputy Solicitor Southgate provide their vision for ethical responsibility and transparency in public service leadership.

The event will provide networking opportunities with distinguished members of the community along with members of the Rhode Island Chapter of the American Society for Public Administration.

Light refreshments will be served. We look forward to seeing you all there!

Registration is now closed. If you wish to register, please contact Hlee Kue at hkue@rwu.edu. 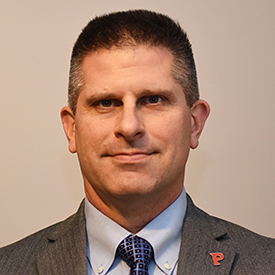 Kevin R. Kugel, LTC (USA Retired) is the Director of the Providence Emergency Management Agency and Office of Homeland Security (PEMA).  He is responsible for coordinating and integrating all activities necessary to build, sustain and improve the capability to mitigate against, prepare for, respond to, and recover from threatened or actual natural disasters, acts of terrorism or other man-made disasters in Rhode Island’s capital city.  Prior to joining the City of Providence’s Public Safety team in November 2016, he served 22 years on Active Duty with the U.S. Army as a Chemical, Biological, Radiological and Nuclear defense officer including three combat tours in Iraq.  He ended his military service as the Professor of Military Science for the Providence College Army Reserve Officer Training Corps program.

Director Kugel dedicates much of his free time to veteran and disaster response related organizations. He is the Connecticut/Rhode Island State Administrator for Team Rubicon, a volunteer organization that unites the skills and experiences of military veterans with first responders to rapidly deploy emergency response teams to areas affected by natural disasters. Director Kugel is also on the Executive Committee for WaterFire Providence’s Salute to Veterans event, is the Rhode Island representative to the International Association of Emergency Managers Region 1 Board, and is Vice Chairman for the Town of Seekonk, MA’s Veterans Council.

He resides in Seekonk, Mass., with his wife and high school sweetheart, the former Kelly Ann Magee, and their 16-year-old son.

Adrienne Southgate has been with the Providence City Solicitor’s office since March 2003. She has had an extensive career in the public sector that includes serving as Executive Counsel at the Rhode Island Economic Development Corporation (2000-2003), General Counsel at the Public Utilities Commission (1989-2000), and Chief Legal Counsel of the Department of Environmental Management (1987-1989).

Attorney Southgate began her tenure with the City as corporate and regulatory counsel. One year later, in 2004, she was promoted to Deputy Solicitor. She served as the Providence City Solicitor from October 2010 until January 2012, at which time she resumed her position as Deputy.

In addition to her functions as the law department’s administrator, Southgate devotes her time to municipal contracts, and transactional and finance matters. She provides counsel to the City Clerk, Department of Finance, Department of Public Works, Parks Department, Purchasing Department and Board of Contract and Supply. She also advises the City Council Finance Committee, Committee on Ways and Means, and Committee on Public Works.
Prior to her years of public service, she was engaged in the private practice of law (1981-1987) and was a 2-year clerk to Justice G. Mennen Williams of the Michigan Supreme Court (1979-1981).

Southgate received her B.A. from Wellesley College and her law degree from Wayne State University Law School. She is admitted to practice in all state and federal courts in Rhode Island, to all United States Circuit Courts of Appeal, and to the United States Supreme Court.

She is a devotee of the arts, and can be found at Trinity, PPAC, the Gamm, Second Story Theater, the ballet and the symphony.