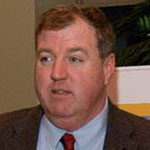 Dr. Timothy M. Scott, Director: Dr. Scott joined Roger Williams University in 1996 as an Assistant Professor of Marine Biology. Since 1999 he has served as the Director of CEED and is also the Forrest C. Lattner Professor of Environmental Science. Dr. Scott earned his Ph.D. in Ecology and Evolution from Stony Brook University, and spent five years sailing as Chief Scientist with the Sea Education Association of Woods Hole, MA. His past experience includes studies on the genetics and diversity of marine mammals and commercial-scale shellfish aquaculture. Dr. Scott is a member of the Aquaculture Regulatory Working Group of the RI Coastal Resources Management Council and the Professional Advisory Committee of the New York Harbor School. He previously served on the Executive Committee of the Rhode Island Aquaculture Initiative; was a member of the Bay Trust, a sixteen member commission set up by the RI House of Representatives to assess the economic and environmental development in Narragansett Bay, and was on the Fisheries and Aquaculture Panel of the Governor’s Narragansett Bay and Watershed Planning Commission.

Dr. Dale F. Leavitt, Professor of Marine Biology: Dr. Leavitt joined Roger Williams in 2003 as Visiting Professor of Marine Biology with aquaculture responsibilities that include teaching, research and public outreach. Dr. Leavitt earned his Ph.D. in Nutritional Sciences from the University of Maine. He has held positions as a Research Associate with the Woods Hole Oceanographic Institution (WHOI) where he specialized in Fisheries and Aquaculture, and as Aquaculture Specialist and Extension Program Leader with the WHOI Sea Grant and the Cape Cod Cooperative Extension Programs. He has participated in a wide range of aquaculture-related projects that include environmental impact studies, seawater system design and engineering, economic development activities and aquaculture education and training. Dr. Leavitt is a member of the Board of Trustees of the Massachusetts Aquaculture Association and the Technical Advisory Committee for the Northeast Regional Aquaculture Center of the USDA. He is the Scientific Advisor to the Shellfish Advisory Panel of the RI Marine Fisheries Council, is a member of the Biosecurity Advisory Board of the RI CRMC and is a member of the CRMC Aquaculture Regulatory Working Group.

Dr. Andrew Rhyne, Professor of Marine Biology: Dr. Rhyne joined RWU in 2008 and holds a joint appointment as a Research Associate with the New England Aquarium. He has a B.S. degree in marine biology from the University of North Carolina at Wilmington and both a M.Sc. degree and Ph.D. in biological sciences from the Florida Institute of Technology. He has numerous publications and his research interests include the biodiversity and conservation of marine invertebrate species commonly traded in the marine ornamental industry, the commercial scale production of marine copepods as larval food, and reproductive ecology and population biology of peppermint shrimp. Dr. Rhyne splits his time between RWU and NEAq and is responsible for the growth and development of our program in marine ornamental research. 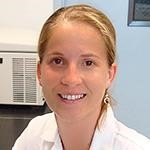 Dr. Koty Sharp, Assistant Professor of Marine Biology: Dr. Sharp joined the RWU faculty as an Assistant Professor in 2015. She received her B.A. in Biology at Mount Holyoke College and her PhD from Scripps Institution of Oceanography, University of California, San Diego in 2006. She has formerly held positions with the Smithsonian Institution, New England Biolabs, and Eckerd College. Her field and laboratory research is centered around the microbial ecology and natural products chemistry of invertebrate-microbial symbioses. Her recent work has focused on microbiome diversity and dynamics in tropical and temperate corals, identification of antibacterial compounds produced by coral-associated bacteria, and exploration of the microbial aspects of microplastics toxicology in Narragansett Bay. Since 2016, she has co-convened annual workshops to gather researchers and educators who work on the local, temperate coral Astrangia poculata, and together this group is working to establish this coral as a model organism for broad studies of animal-microbe symbioses.

Dr. Roxanna Smolowitz, Associate Professor of Marine Biology: Dr. Smolowitz joined the faculty in the summer of 2009, and is responsible for guiding the development of our program in aquatic animal health. Dr. Smolowitz has a B.A. from Indiana State University and a D.V.M. degree from Purdue University. She has a long standing interest in the disease and pathology of fish and shellfish and is widely recognized as one of the leading veterinary researchers in this field. Her research interests include the epizoology of QPX disease in quahogs and shell disease in lobsters. Dr. Smolowitz was formerly a researcher at the Marine Biological Laboratory in Woods Hole, MA and most recently served as the lead Veterinarian for the New England Aquarium. She is a member of the Rhode Island Biosecurity Counsel, the World Aquaculture Veterinary Medical Association; the USDA/APHIS Aquaculture Commodity Working Group of the National Animal Health Reporting System (NAHRS) and is the Veterinarian of record for the RWU Institutional Animal Care and Use Committee (IACUC). She is the author of over 50 original research articles and book chapters and has attracted the prestigious AQUAVET Program (www.vet.cornell.edu/aquavet) to our campus. 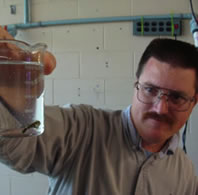 Bradford Bourque, Marine Laboratory Manager:
Mr. Bourque joined CEED as the Marine Laboratory Manager in 2001. He has a Bachelor’s degree in Fisheries and Aquaculture from the University of Rhode Island, a Master’s degree in Fisheries Aquaculture from Auburn University and recently earned his 50-ton Coast Guard Master License. Mr. Bourque oversees student activity in the Marine Lab, teaches several science labs each year and is actively involved in numerous research projects. He was the co-principle investigator (with Skip Pomeroy) on the grants that established the ornamental fish research program, and a co-founder of the production company, New England Marine Ornamental, Inc. 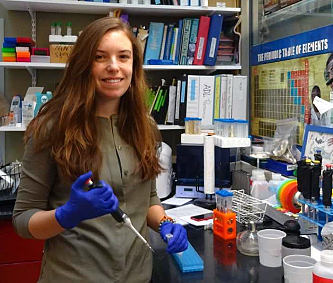 Allex Gourlay, Aquatic Diagnostic Technician: Ms. Gourlay is a 2015 RWU graduate of Marine Biology with a double minor in Mathematics and Aquaculture and Aquarium Science. While at RWU she worked as a Research Assistant in the CEED Marine Lab, and completed a senior thesis to determine the effects of social dominance on sexual allocation of recruiting juvenile Catalina gobies (Lythrypnus dalli) through behavioral observations and histological analysis of gonads under the direction of Dr. Andy Rhyne. Following graduation, Ms. Gourlay returned to the CEED Marine Laboratory for a year as an Aquarist that worked both on campus and at the local Audubon Society of Rhode Island maintaining their aquatic exhibits before attending the University of Massachusetts Dartmouth for a Master of Science degree in Biology. She will be completing her dissertation this fall on the skin mucous proteome of the Clark’s clownfish (Amphiprion clarkii) associating with various sea anemone species. She has been a RI NSF-EPSCoR Undergradute Research fellow and is PADI SCUBA certified.

Matthew Griffin, Research Associate: Matt joined the CEED staff in 2011 and focuses his research on shellfish restoration and aquaculture technology. He runs the RWU research diving program and provides extension services to the Rhode Island Shellfish industry. Matt holds a B.S. degree in Marine Biology and a M.Sc. degree in Biological and Environmental Science, both from the University of Rhode Island. He is owner of Saltbox Sea Farm, producing locally grown shellfish and leads research on the fisheries impacts from construction/operation of the Block Island Wind farm. Matt formerly worked as assistant coordinator of the RI DEM/NOAA North Cape Restoration Program and as a Fisheries Specialist with the RI DEM and Atlantic States Marine Fisheries Commission. He holds a 50-ton Coast Guard Master’s License and spends most of his time at the University on or in the water. 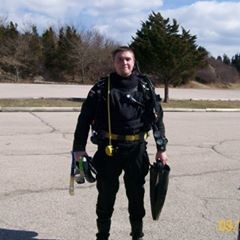 Robbie Hudson, Shellfish Hatchery Manager: Mr. Hudson joined CEED in 2017 and is responsible for the operation of the CEED Shellfish Hatchery. He holds a Master’s degree in Environmental Science and Management (2017), Graduate Certificates in GIS and Remote Sensing as well as Community Planning (2017) and a Bachelor of Science degree in Marine Biology (2007), all from the University of Rhode Island. Prior to joining RWU, he was the Restoration Ecologist for Save The Bay and continues to serve as a Coastal and Restoration Consultant. He is a member of the Marine Mammal and Sea Turtle Stranding Program of Mystic Aquarium; is a Licensed US Coast Guard Captain (50 Gross Tons, Inland Waters, with Towing Endorsement), a Certified SCUBA and CPR/AED/First Aid Instructor. Mr. Hudson is an adjunct professor for various Biology and Aquaculture courses and has extensive field research experience. 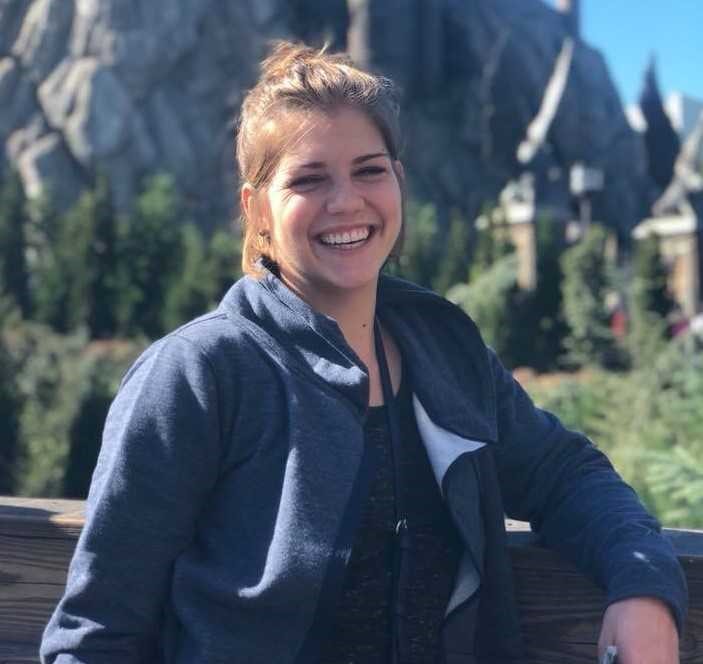 Jacqueline Mitchell, CEED Research Assistant (Mircroalgae): Ms. Mitchell is a 2015 RWU graduate with a double major in Marine Biology and Chemistry and a minor in Aquaculture and Aquarium Science. While at RWU she worked as a Research Assistant in the CEED Marine Lab, and completed a senior thesis titled: Determining the optimal dietary ratios of T-ISO and Chaetoceros muelleri on the culture performance and fatty acid profile of Parvocalanus sp. Copepods under the direction of Dr. Andy Rhyne. In 2018, Ms. Mitchell received a Master of Science degree in Fisheries and Mariculture from Texas A&M (Corpus Christi). Her dissertation was on the Optimization of Algal Turf Scrubbers for Large-Scale Super-Intensive Aquaculture. She has been a NOAA Hollings Undergraduate Scholar, a RI NSF-EPSCoR Undergraduate Research Fellow and is PADI SCUBA certified.

Casey Murray, Senior Aquarist (Marine Ornamental): Ms. Murray joined CEED in 2017 as the Senior Aquarist for the Ornamental Program. Ms. Murray completed her Bachelor of Arts degree at St. Mary’s College of Maryland in 2015. As an undergraduate, Ms. Murray was awarded the Assistant Aquarist Fellowship and completed a senior thesis on the habitat preference of aquacultured juvenile Banggai cardinalfish. Ms. Murray went on to receive her Master’s degree in Marine Biology and Ecology from the University of Miami Rosenstiel School of Marine and Atmospheric Science in 2017. Her research was focused on determining the effects of several environmental factors on the hatch and emergence success of loggerhead sea turtle nests. As the Senior Aquarist, Ms. Murray works closely with the students and oversees daily lab activities. She also maintains the exhibit hall at the Audubon Environmental Education Center and Aquarium. Lastly, Ms. Murray is the lead on a research project focused on determining the efficacy of a novel fish meal replacement in aquaculture feeds using rainbow trout.

Joseph Szczebak, CEED Research Associate: Joe joined CEED in 2014 and is responsible for the oversight of the research initiatives, and day-to-day operation of CEED’s Marine Ornamental Hatchery. In addition to research activities, Joe is leading the design and construction of a marine ornamental production facility in the Dominican Republic. Joe earned a B.S. degree in marine biology and environmental science from RWU (2009) studying the bioaccumulation of mercury in recreational finfish in Narragansett Bay, where he was also heavily involved in the marine ornamental aquaculture program. Joe then earned a M.S. degree in biology from Auburn University (2011) studying the population dynamics and ecophysiology of clownfish and anemones on Red Sea coral reefs. Before starting at RWU, Joe served as the Director of Operations for an aquarium design studio.