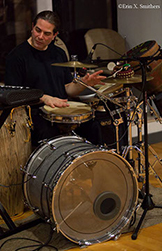 Michael DeQuattro is an eclectic artist known for fusing together acoustic, electronic, and improvisational elements. He is able to move freely between classical, jazz, popular, and world idioms often bringing these styles together in his compositions.  The Providence Journal critic Channing Grey has described his work as “energetic” and “glittering”.

As a performer, he has worked with numerous theater orchestras, jazz combos, rock bands, singer/song writers, folk musicians, and electronic musicians. For 15 years he served as timpanist and percussionist for the Rhode Island Civic Chorale and Orchestra, has performed with The Rhode Island Festival Ballet Orchestra, Boston Festival Orchestra, and The Rhode Island Philharmonic.  In addition to freelance work, he is a member of the electronic music collective “East of Borneo” and drummer and percussionist for The Jesse Liam Band. 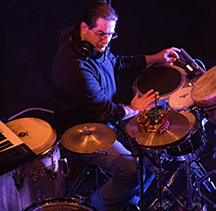 As an accompanist, Michael has worked with many modern dancers, dance companies, colleges, and with many of the world’s top choreographers and performers.  Among these are The Boston Conservatory, Rhode Island College, Roger Williams University, The Boston Ballet Theater, Fusionworks, Bill T. Jones/Arnie Zane Dance Co., George Faison, Dudley Williams, Rachel Chavis, Janet Wong, Sean Curran, Jenny Rocha, and David Dorffman.  He has also been employed by The Dance Umbrella, The Bates College Dance Festival, and The American Dance Festival. 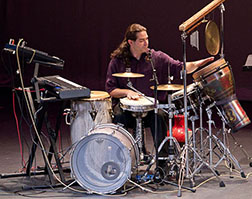 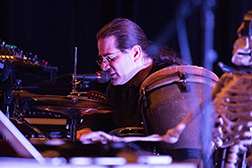 ...a Michael DeQuattro piano score...glittering music with overtones hinting at the Orient...