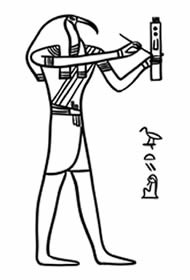 Mr. Pulver was born under the shadow of Denali and raised by a family of wolves. After one winter too many and one meal too few, he broke from the pack driving a Nissan Sentra and headed east to Boston. His intention, so he claims, was to go to the “big city” and “find himself” not realizing he could have stopped in Seattle, Chicago, or any number of big cities on his way East. He has spent the last fifteen years living in New York and New England.

After completing his M.A., Mr. Pulver began living a double life. By day, he taught first-year writing and worked as a consultant helping faculty integrate new technologies into their teaching. But by night, he began to have delusions that he should dust off his trumpet and start a jazz band. Fortunately for him, and for those that heard him play, he decided to return to academia and pursue a doctorate in Rhetoric and Composition.

Although there is a striking resemblance between the photo above and Mr. Pulver (the beak and arms), this is not a picture of the man. The image is of Thoth, the Egyptian god of knowledge, wisdom, and writing. Mr. Pulver has been known, on occasion, to petition Thoth at 3am, asking for insight into the history of writing technologies, Marxian approaches to literacy and digital culture, visual rhetorics, writing and memory, and ecological literacy.

Mr. Pulver joined his new pack at the Department of Writing Studies, Rhetoric, and Composition in the fall of 2014.