The most important way to maintain excellence and rigor in the classroom is through innovative, unique, and relevant course offerings. One of the best parts about studying history and American studies at Roger Williams University is that you have the chance to take courses with faculty who love to teach, and who take the time to plan unparalleled classroom experiences. 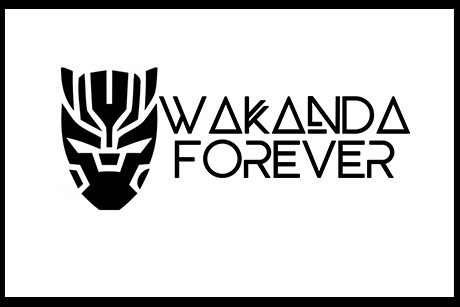 The theatrical release of Marvel Cinematic Universe’s (MCU) Black Panther was a cultural phenomenon. Beyond the film’s financial success (thethird-highest-grossing film in the MCU and the ninth-highest-grossing film of all time), Black Panther’s popularity was tied to its celebration of the Black diaspora specifically, and the global south more generally. This course explores the ways in which Black Panther represents both the past and present cultural politics of race and racism in the U.S. and beyond.

Read more about this course 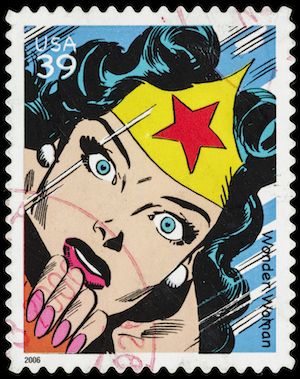 This course examines super/heroines in film, television, and comics. Using ideas of empowerment, power, strength, and agency as our frames, we will analyze the ways in which super/heroines represent, and are represented by, American popular culture. We will consider historical context in understanding how these stories are created and received. Using lenses of race, gender, sexuality, and dis/ability, we will interrogate the ways that these cultural constructions relate to American culture in the past and present.

Queer and Trans Lives in America

This course explores gender and sexuality from the perspectives of lesbian, gay, bisexual, transgender, queer, and questioning people in America. Using history, queer theory, memoir, poetry, art, photography, and film as our methodological frame, we will expand our inquiry of sexual identity beyond the culturally constructed borders of heteronormativity. Activism serves as a cornerstone of the course, and students will be tasked with imagining, planning, and implementing an activist project that approaches some aspect of LGBTQ life and/or education that frustrates you (either because they affect you personally, or because you know, deeply, that they are morally or legally corrupt) and “does something” about it. 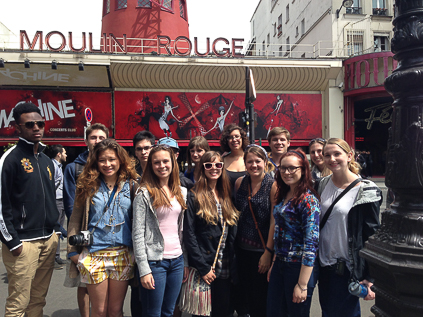 This pairing of courses in American Studies and History takes students on a faculty-led study abroad adventure.  In Americans in Paris, students learn that American artists and thinkers, those we now call the “Lost Generation,” found inspiration in Paris between 1920 and 1940.  The course examines Paris in the context the American painters, photographers, poets, musicians, singers, dancers, writers, and actors who sought refuge from racism, homophobia, misogyny, strict sexual mores, and Prohibition.  In Paris in the Third Republic, students get to take a history course that provides insight into city and national culture, including aspects social, political, and historical.  Specifically, the course shall analyze Paris during the Third Republic, 1871-1944: a time of upheaval, rebirth, and new glory, and consider the effects of the two world wars on Paris and the rest of France.

And the best part?  It all happens in Paris!

Crime and Dissent in New England

Students examine the origins of religious dissent, riot and revelry, witchcraft outbreaks, sexual crimes, property crimes and other forms of crime and dissent that helped shape boundaries in early New England by testing (and thereby establishing) boundaries. Examines where those limits were and what they tell us about the people who lived in early New England. Explores early modern ideas about crime and punishment, and considered how factors such as gender and status affected potential criminals and their punishments. Explores the different punishments that criminals and dissenters faced, from capital punishment and banishment to fines and restitutions.

Throughout the period before the United States declared its independence, the vast majority of North America was neither English nor French nor Spanish territory. It was Indian country, and Europeans often used the term American to describe descendants of the original inhabitants. For three centuries after Columbus, Native people controlled most of eastern North America and profoundly shaped its destiny. By facing east from Indian country, the course will place Native American experiences at the core of the nation's birth and identity. Students will complete an in-depth research project on King Philip’s War, which as particular relevance to both Bristol and Roger Williams. This project will not only involve a trip to King Philip’s seat in Bristol, but also a visit to the Massachusetts Historical Society to see the flintlock from the gun that killed King Philip, a food bowl he used and a cutlass carried by a colonial commander the day King Philip died. In addition, students will meet with local Native Americans from the Wampanoag tribe today and use this to produce an oral history project on modern Native Americans.

Sacred space has forever had a place of importance in the history of humanity especially in myth, legend, and folklore. Most stretch from a time of nature worship  to new age Wicca including the world’s popular religions such as Judaism, Christianity, Islam, Hinduism, and Buddhism, and lesser known religions such as Bahaism, Shamanism, and Rastafarianism. This course will immerse students in the importance of sacred place and illustrate the intersection and interconnectedness of human, natural and religious life over different periods of world history.

Some semesters will include a travel component to places like Sedona, Arizona; Stonehenge; the Black Hills; Mount Athos in Greece; Tulum and Palenque in Mexico; Tur Abdin, Turkey; Ashur, Iraq; Vatican City; Machu Picchu; Mesa Verde; the Wailing Wall/ Dome of the Rock, Jerusalem (many of which are designated UNESCO World Heritage sites.)

This course blurs traditional historiographical and disciplinary boundaries, and goes beyond national boundaries. By embracing an Atlantic approach for the early modern era; this course probes novel social and cultural interactions. Students will explore the fluidity of sixteenth, seventeenth and early eighteenth century relationships and move away anachronistic applications of later political divisions. This course will consider a far more connected world than we have been accustomed to see in both hemispheres: eastern and western; northern and southern. Many who never left home became Atlantic citizens. Early modern people from far and participated in the Atlantic world simply by the food they ate and the clothes they wore. Consequently, students will examine the myriad of ways that the Atlantic affected the lives of sailors, pirates, merchants and more. Part of this course involves education at sea through studying aboard the Oliver Hazard Perry Ship. The part of the course on board the Oliver Hazard Perry will be a platform for experiential education that increases the academic enrichment opportunities. Students will be able to sail on the very ocean they are learning about, and collect and use ocean, coastal, weather and climate data for inquiry and evidence-based activities and research projects. Once on-board the ship students will become members of the ship’s company, and they fully participate in the ship’s operation – this includes sailing, navigation etc. Note: no sailing experience is necessary to partake.